'Being axed from Bafana scared me,' says Siyabonga Nhlapo 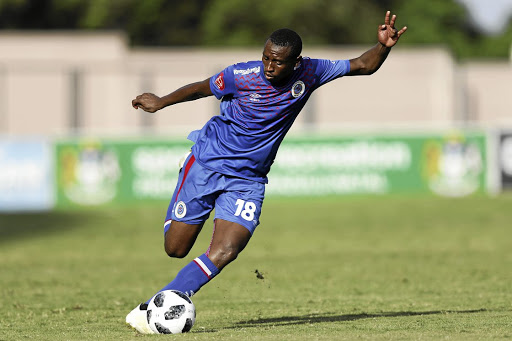 Between 2014 and 2016 Nhlapo was Ngcongca's understudy at Bafana. The hard-nosed full-back even started SA's opening match of the 2015 Africa Cup of Nations (Afcon) against Algeria in Equatorial Guinea under Shakes Mashaba.

"Players do come and vanish quickly after making wonders. Being dropped from Bafana sparked that fear... it nearly complicated my overall career. I was scared that it meant my career was over," Nhlapo told Sowetan.

"I was starting to think negative things, telling myself that maybe I am a one-hit wonder because even at Bidvest Wits I was not playing as much around that period."

The 31-year-old Soweto-born defender, who boasts eight Bafana appearances, suggested that he may have been given his Bafana chance while he was still a raw talent.

The ex-Jomo Cosmos man made his Bafana debut at 25 in a friendly against the New Zealand in May 2014.

"A lot of things came my way very quick. From Cosmos I was at Wits, and at Wits I was in the national team, so I never got a chance to settle at Wits and look at the game differently from when I was at Cosmos," Nhlapo explained.

Though his chances to reclaim his spot in the national team look slim, with age against him, Nhlapo managed to redeem himself as he's one of the most consistent full-backs in the league this season, with 18 league starts for Matsatsantsa.

"I think joining Highlands Park in 2017 helped me a lot. It helped me rediscover that hunger after not getting enough minutes at Bidvest Wits," Nhlapo said.

"I was brave to leave Wits when they were doing well after winning the league.

"I am happy today that I am at SuperSport, playing regularly."

Pitso Mosimane has accepted the sanction that was handed out by the Premier Soccer League's disciplinary committee to his influential midfielder ...
Sport
1 year ago

Ronwen Williams is a “special one”‚ SuperSport United CEO Stan Matthews has said of the Bafana Bafana goalkeeper who will take over from Dean Furman ...
Sport
1 year ago

SuperSport United and Dean Furman have parted ways with immediate effect after a successful five-year relationship.
Sport
1 year ago
Next Article