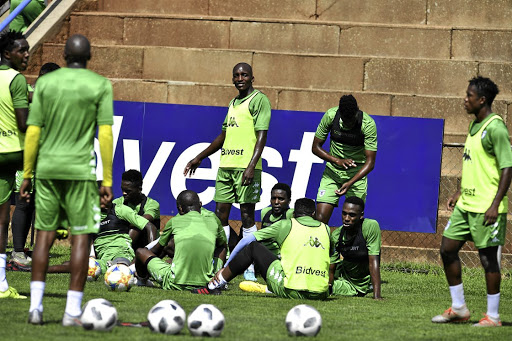 There's uncertainty among Bidvest Wits players following the rumours that the club might be sold.
Image: Lefty Shivambu / Gallo Images

Bidvest Wits may have not confirmed that they are on the verge of selling the club, but uncertainty among the players has grown amid the rumours.

Reports claim Wits will be sold to Tshakuma Tsha Madzivhandila (TTM) and move to Limpopo.

TTM boss Masala Mulaudzi went as far as saying that they have already deposited R20m into the bank account of one of the Gauteng clubs to fuel the rumours of the Students' alleged sale.

However, speaking on condition they were not named, two Wits players said they are worried as they have not been told anything and don't know what will happen.

"No one has said anything to us and we are in the dark about this as we've been reading in the media that the club will be sold," one player said.

Some Bloemfontein Celtic players could find themselves without employment should the sale of the club go ahead.
Sport
1 year ago

"There will always be uncertainty if you read news like this every day that the club will be sold and will relocate to Limpopo. I mean if that happens, it means our lives will have to change; either you relocate or terminate your contract."

Another Wits player said this has affected them as it will mean they will have to change their life if the team is sold especially to suitors outside the province.

"It is difficult not knowing whether the club will be sold or not. We just continue doing what we have been doing..."