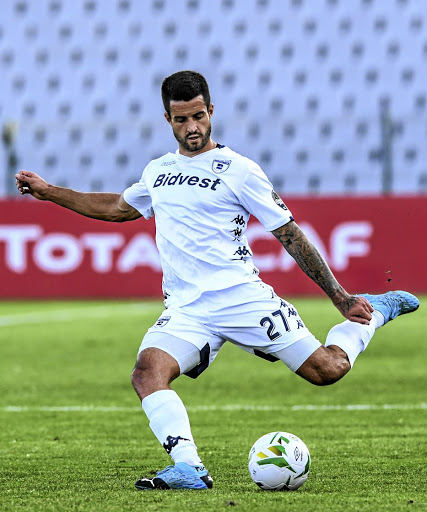 Having been playing second fiddle for the better part of his career, Bidvest Wits left-back Keegan Ritchie has opened up about his constant failure to be a regular, conceding it's been an unpleasant experience.

This season, his 11th in the top-flight, since making his professional debut in September 2009 at Moroka Swallows, Ritchie has just six games under his belt, with four starts. The 29-year-old has been Sifiso Hlanti's understudy.

The only time where Ritchie was a real starter was during his first two campaign in the Premiership with Swallows (during the 2009/10 and 10/11 terms) and again when he was on loan at Bloemfontein Celtic in the 2014/15 season.

"Yes it's always not been an ideal situation [to be second choice]. It's something I have been synonymous with for almost my entire career. I have embraced it, but I can't lie and say it's a good experience," Ritchie told Sowetan.

"Every footballer wants to play regularly. But you have to accept even when your role is minimal as well... because you still get to contribute to the team."

The well-travelled full-back also disclosed his lack of game time over the years prompted a thought to permanently switch to the midfield.

"I am versatile, as you know I can play in the midfield as a holding midfielder and as a winger. So, I have been having that feeling that maybe I can play more if I switch to the midfield full-time," Ritchie stated.

“Keegan Ritchie could not play left-back to save his life‚” Gavin Hunt has said of a Bidvest Wits player who actually has played left-back for most ...
Sport
2 years ago

"However, it's always up to the coach to decide where he plays you. You can't go to the coach and tell him you want to play in the midfield."

The former Swallows, Kaizer Chiefs, Bloemfontein Celtic and SuperSport United defender is optimistic the Students will renew his contract when it comes to an end upon the conclusion of this season.

"My contract is expiring at the end of June. I am still happy here. We have not negotiated obviously because of the lockdown, but I am optimistic I will remain here and continue to play my role," Ritchie said.

17/18 (SuperSport and Wits): one start for SuperSport, while at Wits he started four of the seven games he played