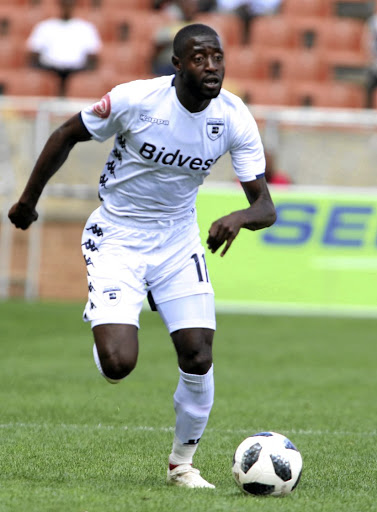 The potential arrival of utility winger Deon Hotto at Mamelodi Sundowns from Bidvest Wits is likely to have a negative impact on a number of current squad members at the Brazilians.

Sundowns are expected to conclude Hotto's deal in the next few weeks, according to sources at Chloorkop.

While fellow left-footers such as Lyle Lakay and Tebogo Langerman, among others, may have to dig deeper to retain their berths if Hotto's transfer materialise, Ivorian defender Bangaly Soumahoro is likely to be released to clear foreign spot.

Having successfully converted Rivaldo Coetzee from central defence to the holding role in the middle of the park and Lakay from left-wing to full-back in recent years, it's emerged coach Pitso Mosimane wants to do the same with Hotto, a natural left-winger.

Word doing rounds is that Mosimane sees the 29-year-old as a perfect medium-term replacement for the ageing Langerman.

The 34-year-old "Langer" has been somewhat injury-prone of late, missing six of Downs' 21 league matches this term.

Meanwhile, Bangaly, who's likely to be an instant sacrificial lamb if Downs land Hotto, has not played a league outing since December 2018, with Nascimento, Motjeka Madisha and Mosa Lebusa preferred way ahead of him.

Speaking to Sowetan yesterday, Hotto's representative Machini Motloung emphasised they hadn't received any offers for the Namibian ace yet. "Not just from Sundowns, we have not received anything for Hotto.

"The boy is a contracted Wits player, so if people want him it's Wits who must be approached first," Motloung said.

With each passing game, Black Leopards are sinking deeper and deeper into relegation trouble as they lost their fourth consecutive league match last ...
Sport
1 year ago

Black Leopards showed all the fight necessary of a last-placed team attempting to attack Bidvest Wits for the three points at Bidvest Stadium on ...
Sport
1 year ago
Next Article