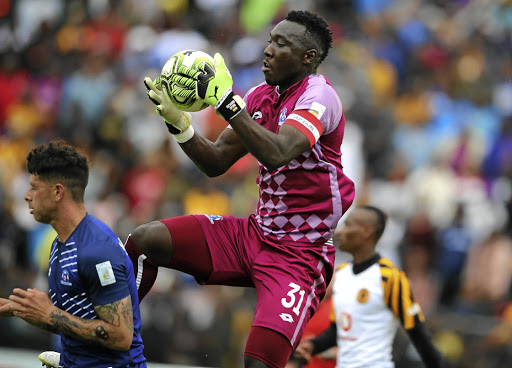 Maritzburg United averted the risk of losing goalkeeper Richard Ofori for free by exercising their option to renew clause in his contract.

By doing so, they have put all the stops to fend off interest from other clubs, Orlando Pirates and Mamelodi Sundowns included.

Ghana's No 1 has been in fine form this season, attracting interest from Pirates and Sundowns.

The 26-year-old has been a vital cog in the team's meteoric rise in the PSL from the previous season to their current fifth position on the table. He kept 10 clean sheets in 24 matches in all competitions.

Chairman Farook Kadodia said it would have been foolish for them not to have exercised the option in the contract of one their best players.

Players' right to sign pre-deals with other clubs.
Sport
2 years ago

"As a businessman, you have to take your options on a player like Ofori, if you don't do that then you are stupid," Kadodia said yesterday.

"Ofori has been good to us since he arrived here and now we have shown our appreciation."

Asked if he believes Sundowns and Pirates will now back off since he has exercised the option, Kadodia said his focus is to keep the players in the team.

"I'm more interested in Ofori, nothing else. I can't talk too much now because we are on lockdown, so there is no use in talking about players. We need to get the guys ready to play football again."

Maritzburg will be hoping that Ofori is sold within the first six of his new deal, this is because if he is not sold after that period he can still sign for free elsewhere.

The keeper previously stated that he was happy to have attracted interest from the big teams as that proved that his hard has been noticed.

Just like many players, Ofori is training on his own following the Covid-19 pandemic which has forced the PSL to stop.