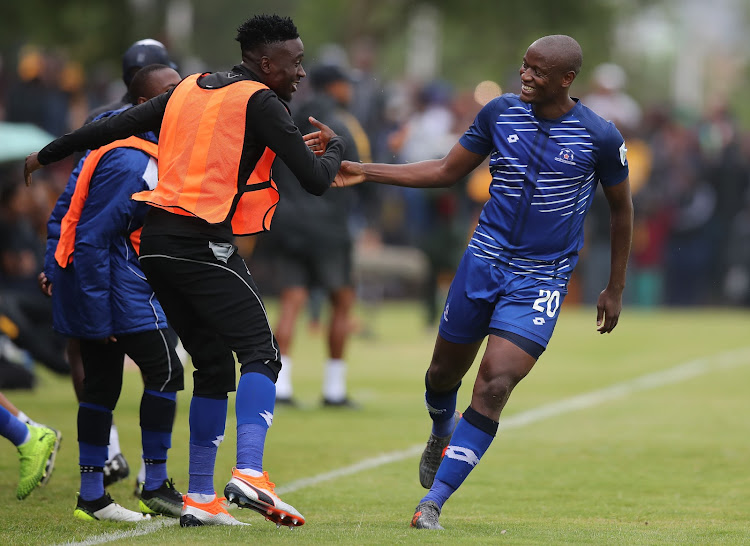 But lightning did not strike twice in the same place as the two sides played to an entertaining 1-1 draw on Sunday.

This game certainly lived up to its pre-match billing with Chiefs and United never holding back‚ preferring to risk it all rather than adopt a cautious approach.

The pace was electric from the first whistle but it was Chiefs who managed to get their name on the scoreboard first after striker Samir Nurkovic‚ who often scores the goals for his side‚ turned provider and delivered an inch-perfect cross that found Lebo Manyama inside the box.

Manyama rose majestically like an eagle in full flight to meet the delicious cross and nodded the ball towards goal.

While some will argue that the strike should be ruled as an own goal as Rushine de Reuck got the last touch as he tried to put the Chiefs player off his stride‚ it will be difficult to convince Manyama otherwise and he happily claimed the goal as his own.

But Chiefs seemingly let their guard down afterwards as a speculative long ball from inside the United box from goalkeeper Richard Ofori was misjudged by Willard Katsande and after his interception backfired horribly‚ a grateful Judas Moseamedi happily picked up the stray ball and beat the visitors’ goal minder Daniel Akpeyi with a low shot between the legs.

Moseamedi has now happily cast himself in the role of Chiefs’ chief tormentor as it was his brace that also sent coach Ernst Middendorp’s charges crashing out of the Telkom Knockout last month.

He returned to haunt Chiefs on Sunday afternoon with a goal he took with the calm of a surgeon.

The two sides continued where they left off in the second half but could not find the decisive killer blow that would have won the full three points.

United could have stolen it right at the death but midfielder Micah Lea’alafa spurned the gilt-edged chance when he elected to shoot the ball straight at Akpeyi when he had the Chiefs goalkeeper at his mercy.

The draw means Chiefs dropped two crucial points in the title race but they will still finish the year with a seven-point lead over second-placed Mamelodi Sundowns.

The result also meant that United finished the year inside the top eight but 17 points behind leaders Chiefs.

United resume their league programme against KwaZulu-Natal neighbours Golden Arrows at Harry Gwala Stadium on Friday January 3‚ while Chiefs return to action against title rivals SuperSport United in a tough fixture to be played at Mbombela stadium on January 4.

Former Kaizer Chiefs and Mamelodi Sundowns midfielder George Lebese has been given an opportunity to revive his career with American USL Championship ...
Sport
1 year ago

Highlands Park are hoping to snap a seven-game winless streak when they host Lamontville Golden Arrows but coach Owen da Gama says they are ...
Sport
1 year ago
Next Article