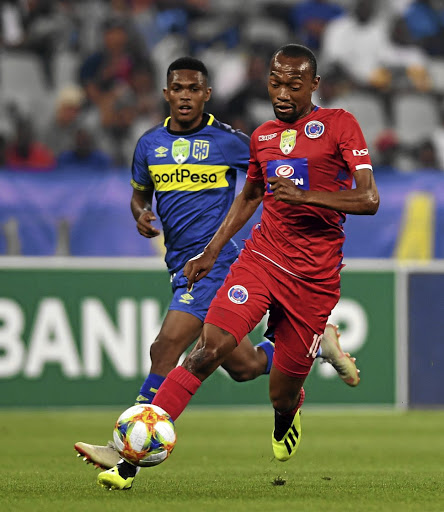 The Premier Soccer League (PSL) season might not have ended by June 30 as the Covid-19 pandemic continues to spread, but a few top players' contracts will be up by then.

It is understood that the Colombian striker has turned down the latest contract offer from Chiefs, putting his future with the club in doubt.

Castro can sign a precontract with any team of his choice now if there are offers for his service.

After he was transfer-listed at the beginning of the season, Castro managed to put that behind him and is having a good season, having scored eight goals for the club in all competitions.

The striker has struggled for game time at SuperSport since returning from a long term injury, with coach Kaitano Tembo having his faith on Bradley Grobler and Thamsanqa Gabuza to lead the attack.

With his contract coming to an end in June, Mnyamane looks set to exit the club. There is no doubt that the long-term knee injury has hampered his progress in Tshwane and will look somewhere else next season to revive his career.

With Pirates having been continuously linked with Maritzburg United number one Richard Ofori, Sandilands's future could be safe despite expiring in June.

The former Mamelodi Sundowns keeper has had a good season with the Buccaneers and his contract is likely to be renewed by another year, even if Bucs do manage to bring in Ofori.

Molangoane has not seen any action since breaking his leg in August last year. He has already been linked with a move to Polokwane City next season.

His contract will come to an end in June and he is currently in a position to sign a precontract elsewhere just as George Maluleka recently did with Mamelodi Sundowns.