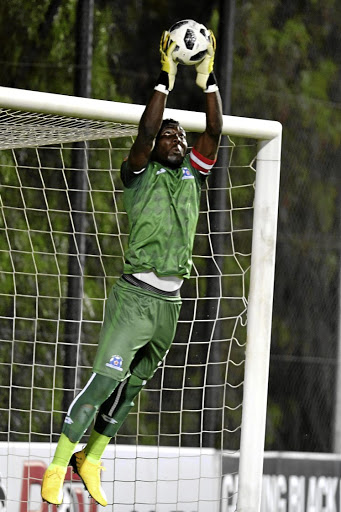 With Maritzburg United and Ghana's No1 goalkeeper Richard Ofori strongly linked to Orlando Pirates, what does this mean to current Bucs first-choice shot-stopper Wayne Sandilands, whose contract expires in June?

Pirates are believed to be pulling out all the stops to sign Ofori. The Sea Robbers reportedly want to sweeten the deal by sending their third choice keeper Siyabonga Mpontshane the opposite way.

As Sandilands, 36, has been impressive in his own right this season, the Buccaneers must make a big decision if they really want to get the 26-year-old Ofori and make him their No1.

Former Pirates keeper Avril Phali is of the view Bucs need both Ofori and Sandilands, thinking that will improve the team.

Did Ntseki forget Sandilands when he selected Khune for Bafana squad?

Bafana Bafana coach Molefi Ntseki says Itumeleng Khune was named in the squad for the Africa Cup of Nations qualifiers against Sao Tome because of ...
Sport
2 years ago

"Ofori has proven with Maritzburg that he's a quality keeper. His advantage is that he's still young and he's also No1 at his national team Ghana... that's the kind of a goalkeeper you need at a big club like Pirates," Phali, who played for the Buccaneers between 2006 and 2007 told Sowetan yesterday.

"Sandilands must be kept as well, you can't disown him. He's been doing well and you need his experience. Ofori and Sandilands must go to the pre-season, fight for that No1 [jersey]. They're both top keepers and we need them both... their presence can strengthen the squad in a way that hasn't been seen before."

The retired shot-stopper, who also played for Jomo Cosmos for a longer period, feels second choice Joris Delle must make way for Ofori.

"The French keeper [Delle] must be released. If you are a foreigner you must have something special like Ofori, not sit on the bench. Mpontshane must be No2 and Joris can go. I am not taking anything away from him but he hasn't done well enough so far," asserted the 41-year-old Phali.

Another erstwhile Bucs shot-stopper, Patson "Sparks" Banda, thinks Pirates' goalkeeping department can only be improved through roping in local legends to be coaches, criticising the hiring of keeper mentors from overseas.

At the moment Jyri Nieminen from Finland is Bucs' keeper mentor.

"Even Ofori can still struggle at Pirates. The problem is the people who train goalkeepers. They just take people from Europe... the problem is deep and it will persist for a while," Banda said.

"They must get former goalkeepers who played the game locally to be keeper coaches, that's the only solution for Pirates to have competitive keepers."

Roger de Sa says it will send the wrong message to in-form goalkeepers who are playing if Itumeleng Khune is selected for Bafana Bafana’s squad for ...
Sport
2 years ago

Kaizer Chiefs took an early lead at the half-way mark of their Absa Premiership encounter against arch rivals Orlando Pirates on a wet Saturday ...
Sport
2 years ago

Orlando Pirates coach Josef Zinnbauer made three changes to his debut Soweto derby line-up against Kaizer Chiefs at the FNB Stadium on Saturday.
Sport
2 years ago
Next Article