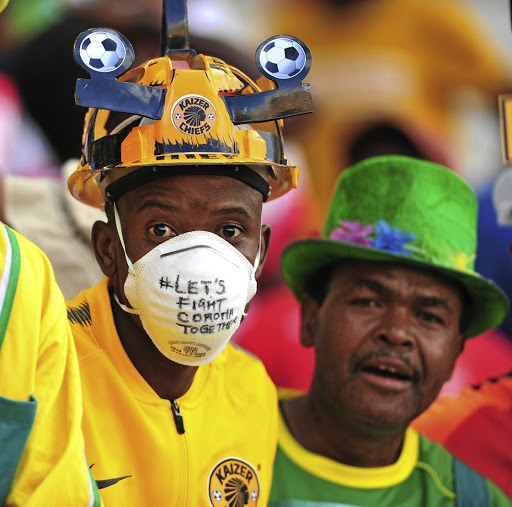 No fans will be allowed at the stadium as PSL resume action./Philip Maeta / Gallo Images

Minister of sport, arts and culture Nathi Mthethwa has given the Premier Soccer League the go-ahead to play games behind closed doors.

The PSL earlier in the week suspended all midweek and weekend games as a precautionary step to guard against the spread of the deadly coronavirus.

At the press conference on Monday, PSL chairman Irvin Khoza said the organisation would be seeking clarity from the government on the restriction of no more than 100 people allowed at a gathering.

Mthethwa met with sport administrators yesterday in Pretoria where the green light was given.

Premier Soccer League (PSL) chairman Irvin Khoza might have encouraged clubs to keep training while the league remains in limbo but while a few have ...
Sport
2 years ago

PSL postpones fixtures due to coronavirus

Following a meeting of stakeholders on Monday, it was unanimously decided to suspend the Premier Soccer League (PSL) programme until further notice.
Sport
2 years ago

"We have said we need the leadership in sport to raise their voice against this pandemic. Therefore, they will continue with their matches without spectators and finish the season," Mthethwa said.

"The most important thing is that as they do that [continue playing] they will be spreading the message to fight against this pandemic. as we speak they can have their matches with no spectators.

"Their obligation is to follow the health and hygiene protocols to the letter."

Fans were left bemused after the highly anticipated match between Mamelodi Sundowns and Orlando Pirates, which was supposed to be played last night, was called off. Kaizer Chiefs were also meant to face Bidvest Wits tonight.

The PSL will convene a board of governors [BoG] meeting in Kempton Park tomorrow where club owners will map a way forward. It now looks likely that matches will be rescheduled and fixtures could resume next week with no fans at the stadium.

There are around eight league games left in the season while in the Nedbank Cup
only three games remain to be played (the semis and final).

Earlier in the week, Khoza said the PSL was prepared for any eventuality.

"We want our strategy to be in-sync with the government so that we don't do things differently. Then we will have
options as BoG to take a decision in the best interest of the country," he said.