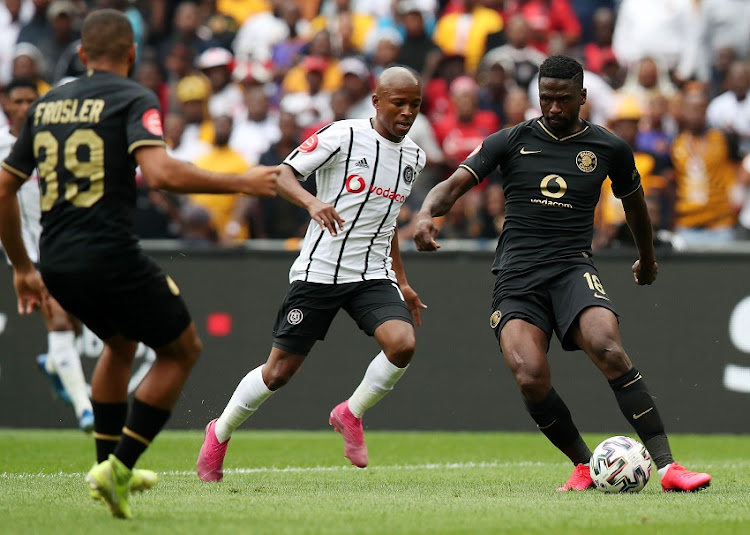 Premier Soccer League (PSL) chairman Irvin Khoza might have encouraged clubs to keep training while the league remains in limbo but while a few have taken heed‚ the rest are waiting to see what decision is taken about the rest of the season.

Khoza called off the two midweek games plus a full weekend programme of matches because of the coronavirus health scare but said a definite decision on the remainder of the campaign would only be made after the PSL’s board of governors’ (BoG) meeting on Thursday.

Leaders Kaizer Chiefs and title challenging Orlando Pirates were training on Tuesday as Khoza had suggested clubs continue to do‚ but others are using the period of uncertainty to rest weary limbs.

“We are limiting public contact and adhering to the restrictions spelt out by the president of the country [Cyril Ramaphosa] in his speech on Sunday‚” said Pirates spokesperson Thandi Merafe.

Chiefs said they would be reviewing their plans on a day-by-day basis.

Also training on Tuesday were Baroka FC‚ Highlands Park and Lamontville Golden Arrows‚ although Baroka are considering giving their players the rest of the week off.

But a leg-weary Mamelodi Sundowns are using the opportunity to give their players a much-needed break.

They had a demanding schedule over the last fortnight with two legs of their African Champions League tie against Al Ahly of Egypt (lost 3-1 on aggregate)‚ last week’s league win in Cape Town over Stellenbosch FC and Saturday night’s extra-time Nedbank Cup triumph at Highlands Park.

Club officials told SowetanLIVE that they would resume training once Thursday’s decision had been made but in the meantime a video on indoor training had been sent to each player to follow while they are stuck at home.

SuperSport United have two days off on Tuesday and Wednesday while Cape Town City have been given from Tuesday to Thursday to rest‚ albeit also with a set of exercises to do at home.

Stellenbosch FC said they had stopped all activity while they awaited the BoG decision.