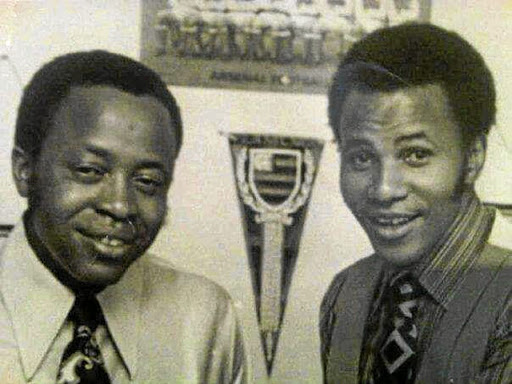 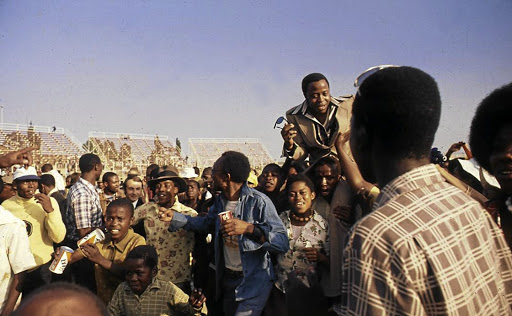 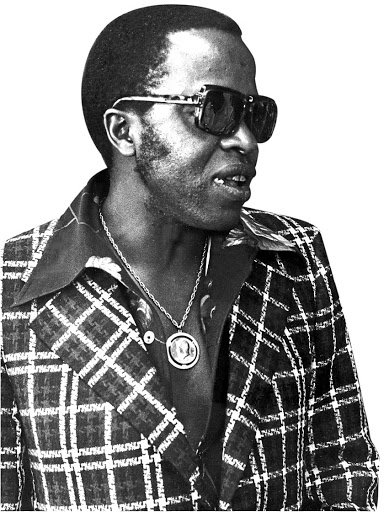 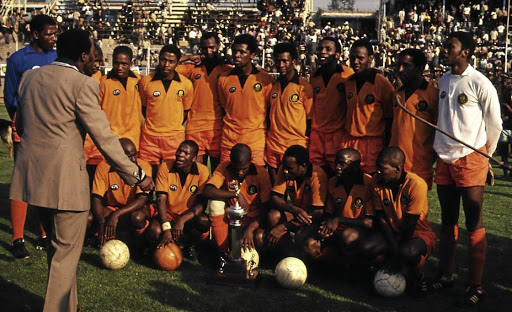 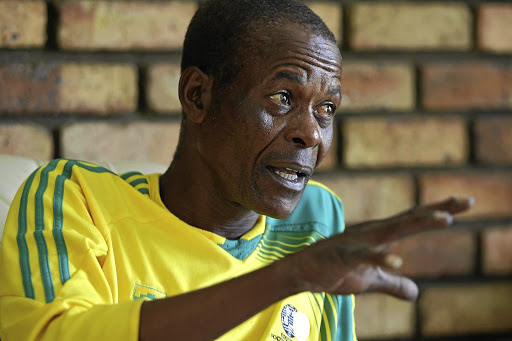 As Kaizer Chiefs turned 50 years this week, one felt that the tributes and speeches made were only about the brand and its chairperson and had nothing to do with the club's real founders, notably Ewert "The Lip" Nene.

While club manager Bobby Motaung once infamously remarked that Chiefs was a family business, the real supporters who know the history of Africa's most famous football brand will find it impossible to imagine it without The Lip, as Nene was known because of his incessant, fast-talking style and habit of driving around with a loudhailer to publicise matches, especially Pirates/Chiefs derbies.

Debonair, charismatic and flamboyant, its said when Nene hit the Golden City from the Banana City, he did so with a bang. His forte was running grocery stores and filling stations, but soccer was his life.

He was blessed with natural leadership qualities and proved to be an astute administrator. So it was no surprise that he immediately found his role within Orlando Pirates' top hierarchy as team manager, talent scout and PRO. This was in the early '60s and he became great friends with the club's top striker, a lanky left-footed ball juggler named Kaizer Motaung.

Condry Ziqubu's Via Orlando [1985] is among the hits that epitomised the flowering of township pop in the eighties.
Good Life
2 years ago

The Lip's presence was immediately felt, thanks to his livewire personality. His witty quotes were a reporter's dream. He was a master of hype and a marketing genius who contributed remarkably to Kaizer Chiefs' overnight success as a sporting brand.

In 1969 Motaung was in his second season at Atlanta Chiefs in the US when Nene got into trouble with the club's management. He had a case in his defence but his outspokenness could have contributed to his expulsion and that of other players - Ratha "Greaves" Mokgoatlheng, Thomas "Zero" Johnson and Edward "Msomi" Khoza.

He was subsequently beaten up by a crowd of hooligans believed to be Pirates supporters, all because he had given a lift to the three players. The message was that as an official it was inappropriate for him to fraternise with players who had been found guilty of gross insubordination.

Their story was that they had been assaulted at a general meeting by club officials and fans for having participated in unauthorised off-season games in Botswana during the festive break. Nene's crime was trying to speak in their defence.

But he was upset by the fact that another player, Percy "Chippa" Moloi, had also played and coached during the same period in Swaziland but there had been no consequences for him. He felt there was favouritism from management.

Thereafter he announced he was done with football.

Kaizer Chiefs legend Tinashe Nengomasha believes that the reason why the club has gone two seasons without a trophy‚ something unheard of in his ...
Sport
4 years ago

Nene teamed up with four schoolboys from Orlando West High (Matseke) who dreamt of making it big in the music industry. They were drummer Sipho Mabuse, bassist Om Alec Khaoli, guitarist Monty "Saitana" Ndimande and their leader, Selby Ntuli. They called themselves the Beaters and for a while The Lip was happy to be their manager and PRO.

Showbiz was a perfect distraction from the cutthroat politics of football. That's where he discovered the love and peace sign.

On August 15 1969 in the US - against the background of a nation divided over the civil rights movement and the Vietnam War - half a million people converged on a small dairy farm in the state of New York outside Woodstock to hear Joe Cocker, Jimi Hendrix, The Grateful Dead, The Who, Janis Joplin and other music icons in a concert billed as "3 Days of Peace and Music".

It was a defining moment in the hippie movement and the counterculture revolution in the US. And like many artists and rock fans around the world, the Beaters also caught the Woodstock fever and adopted the historic festival's "love and peace" message.

However, Nene's love for the beautiful game got the better of him and after six months with the Beaters he persuaded Motaung and the three expelled players to form an invitation side that would serve as the foundation for a rival club.

He even managed to sign players from neighbouring states - Herman "Pele" Blaschke" of Namibia and Abison "Sugar" Mguyo from Zimbabwe.

And he caused a sensation when he acquired the services of Jairzinho, the great Brazilian forward who starred in the 1970 World Cup-winning side alongside Pele. In 1975, when he was flown in as a guest player, the 30-year-old winger scored seven goals in three games.

No player was out of bounds for the irrepressible Nene. He used to travel the length and breadth of the country to watch amateur soccer on dusty fields in townships and remote villages. That's how he picked exceptionally gifted players like Ace Ntsoelengoe.

Both unknown prospects and famous players were fair game for The Lip. Jomo Sono recalled how Nene tried his luck with him but the Pirates supporters wouldn't hear of it and threw him out of the Sono household in Orlando East.

Stories abound about how Nene was assaulted by angry supporters of rival teams for attempting to woo their star players to the Chiefs stable.

On the other hand, he was a tamer of angry crowds during tense, potentially explosive encounters. A fan recalled how he revealed his magic touch as a showman and peacemaker in a tense encounter against Hellenic at the old Rand Stadium outside Joburg.

It's a super Saturday tomorrow as sports enthusiasts across South Africa will be spoilt for "two" finals.
Sport
2 years ago

The Greek Gods were leading the Glamour Boys 2-0 in the dying minutes of the game. Fans of the losing team were throwing missiles onto the pitch.

While other football administrators ran for cover, The Lip approached the rioting side of the stadium. Like a great conductor of an orchestra The Lip flailed his arms and calmed the enraged football fanatics.

Actually, his theatrics on the football pitch were legendary.

Sono recalled how the debonair peacemaker went rogue during a Chiefs/Pirates derby in Port Elizabeth sometime in the mid-70s. The talismanic Pirates striker had scored two quick goals to put his side in the lead. The Lip lost it, drove his huge Chevrolet Impala onto the pitch and parked it there.

The game was abandoned.

It was a crazy time. Local professional football was ruled by irascible officials who would disrupt matches when results were not going their way. There's a story of Swallows manager Elijah "Boy Baarde" Nhlapo stabbing a ball when his side was losing. Headline stories of gun-toting assassins and knife-wielding assailants were also common.

The Lip met his tragic end on August 10 1976 at the hands of knife-wielding assailants. He was on a mission to sign a 21-year-old soccer sensation with dazzling skills from KwaThema, Springs.

At that stage Nelson "Teenage" Dladla was playing for Pilkington United Brothers [Pubs], a local side with modest achievements.

As a schoolboy who turned out for the senior side at Tlakula High School, Dladla idolised Ace Ntsoelengoe and Jomo Sono. So when he heard from his parents that the flamboyant manager had visited to ask for his signature, he was jubilant. But not everyone shared his excitement.

Kaizer Chiefs legends have come out scathingly critical of the quality of players the club has signed up recently, writes Xolile Mtshazo
Sport
2 years ago

On that day Nene was accosted on the streets of KwaThema and stabbed repeatedly by a group of hooligans. Jan "Malombo" Lechaba, the player who had accompanied him to the East Rand township, managed to escape.

"I never knew Nene personally - only from a distance - but because he died for my sake, this tragedy had haunted me ever since," said Dladla.

"Like any professional, I always wanted to play abroad but I felt I owed Nene a debt of gratitude and loyalty for making it possible for me to play for the country's top team."

Teenage became an instant hit with the Chiefs supporters. He said one of the highlights of his illustrious career was in his first season, when he played two games alongside Motaung. His performances improved every year and in 1981 he broke the record by winning all awards and trophies reserved for players - with prizes that included a Datsun Pulsar and a ticket to the 1982 World Cup in Spain, all expenses paid.

When he hung up his boots in 1991 he enjoyed a brief coaching career at Chiefs alongside the late Ntsoelengoe, regarded by many as the greatest footballer ever produced by SA and a Hall of Famer in the US. The fact that Dladla is currently employed by Mamelodi Sundowns doesn't sit well with some Chiefs supporters who feel that it's a sign of disrespect for Nene's memory and a blemish on his legacy.

After leaving Atlanta Chiefs, which he had joined in 1968, Motaung continued his international career in the US with Denver Dynamos for the 1974/5 season. He returned to SA and took on the role of player/coach until the late '70s, when he decided to focus on administration of the club.

IT IS surprising, actually it's criminal, how an Internet search for so famed a name in South African soccer, Zacharia Vusi Lamola, yields less than ...
Sport
8 years ago

He used to rip opposition defenders to shreds almost at will, terrorise goalkeepers with his ferocious shooting and was equally effective in the air. ...
Sport
9 years ago
Next Article