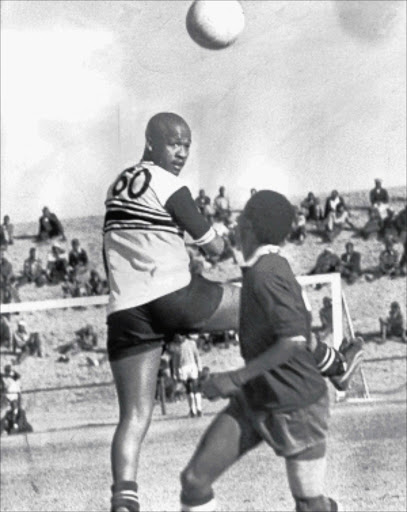 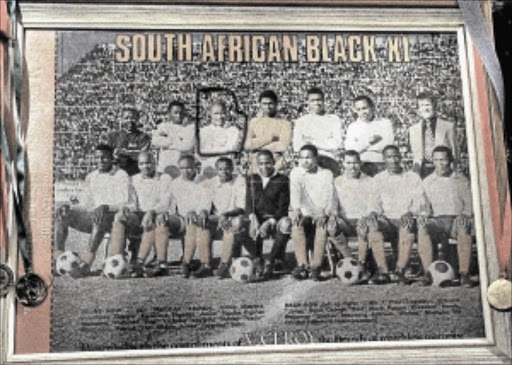 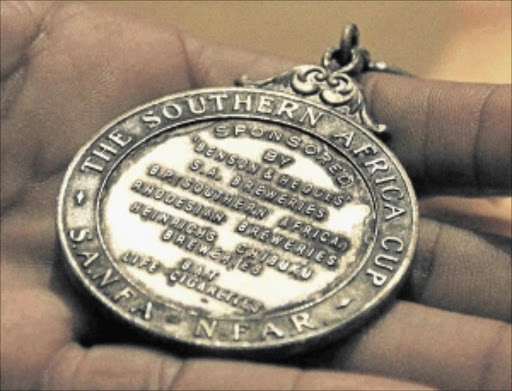 He used to rip opposition defenders to shreds almost at will, terrorise goalkeepers with his ferocious shooting and was equally effective in the air. George "Best" More was simply the best!

It was no wonder he was on the wanted list of the country's top teams at the time.

He was given a chance to prove his mettle at Kaizer Chiefs, Pimville United Brothers (Pubs) and Orlando Pirates. and he shone.

More is now 62, living happily with his family at his modest Pimville home in Soweto, and he remembers vividly what he did with the ball as a player as if it were yesterday.

He warmly welcomed us to his home yesterday and gladly took us through his days as a player.

Do you regard yourself as a true soccer legend?

I'm a legend in my own right and I was the best.

Where did you kick off your career?

At Rockville Hungry Lions from a tender age until I was 16. It was at Hungry Lions where I was spotted by Kaizer Chiefs. They also followed my progress at Skanotwana High School where I was a star player.

Who recruited you for Chiefs?

It was the late Ewert Nene in 1969. It was a great feeling to be signed by a team of Chiefs' calibre. They were called Kaizer XI before they changed the name to Kaizer Chiefs.

My teammates included Kaizer Motaung, Zero Johnson, Ace Ntsoelengoe, Ariel "Pro" Kgongoane, Jackie Masike. I endeared myself to Chiefs' family in my very first match with them when I scored against Alexandra Fighters at Jabavu Stadium.

So you disappointed the Chiefs fans when you left the club in 1972. How did they react?

They expressed their disappointment when they met me but I had to leave after I had a fallout with Nene. I thought it would be good for me to move on and I was snatched up by Pubs.

It was like playing for a family team. We were united at Pubs. That team had a remarkable fighting spirit. I still remember when we were trailing Chiefs 5-1 but we ended up winning the match 6-5.

Where did you go thereafter?

Pirates were after my services but at the same time Pretoria Callies were also interested after Lucas "Masterpiece" Moripe moved to Holland. I joined them in 1975 as a 25-year-old. But Pirates did not lose hope and their coach Alex Forbes made it clear that he wanted me in his team. The pressure was huge and I eventually became a Buccaneer in 1976.

Did you enjoy yourself at Pirates?

Yes. I liked their ambition and they had players who were hungry for success. I joined the likes of Jomo Sono, Shakes Mashaba and Webster Lichaba.

I scored plenty of goals and everybody was happy for me.

Talking about goals, which one do you still relish?

At Pirates when we played against Rhodesia Dynamos in a Southern Africa Cup match in 1976. I unleashed a bullet of a free-kick from just outside the penalty box, tore the net and sent the packed Orlando Stadium into raptures. Everybody talked about that goal for a long time.

Which match stands out for you?

The semifinal of the BP Top8 in January 1974. I was at Pubs and the coach brought me on in the second half and Pirates were leading 3-1. I scored a hat-trick and we won that match. It was a wonderful feeling and encouraging to score three goals against a great goalkeeper such as Patson Banda. Those goals were memorable in the sense that it was the first and only time we beat Pirates as Pubs were dissolved the following year.

Can you remember your worst game?

(laughing) I was at Pirates and we were playing against a lower division team, Ireland United, in Umlazi and those boys made us look ordinary. When the referee blew the final whistle we told ourselves that we need to regroup in the second half, forgetting that the match was over. Those guys messed us up (so badly) that we even forgot that we went for an interval.

Who was your most difficult opponent?

Can you tell us about your first salary?

It was R101 at Kaizer XI. I was still a pupil and that money was well over what my principal earned at that time. He was earning R35. My mother refused to take the money, thinking that I stole it. My father decided to hide the loot in the dog's kennel and on a Monday we went to Standard Bank in Johannesburg to open an account.

Which coach did you enjoy playing under?

Mario Tuani. He was not nicknamed 'The Godfather' of soccer for nothing.

Who gave you your nickname?

A fan of Rockville Hungry Lions after he watched a movie that featured George Best of Manchester United.

How did you handle fame?

I was very famous but I did not allow it to go to my head. I remained a people's person.

For some strange reason we were not harassed by the police as most of them recognised us. But that does not mean that we did not throw stones. We fought the system.

Pro Kgongoane was shot dead by the apartheid police during the 1976 Soweto uprisings and that really affected us.

When did you retire from the game?

In 1980 after a short spell with Benoni United. I lost the passion for soccer and I bought this house and I enjoy retirement with my beautiful wife and family.