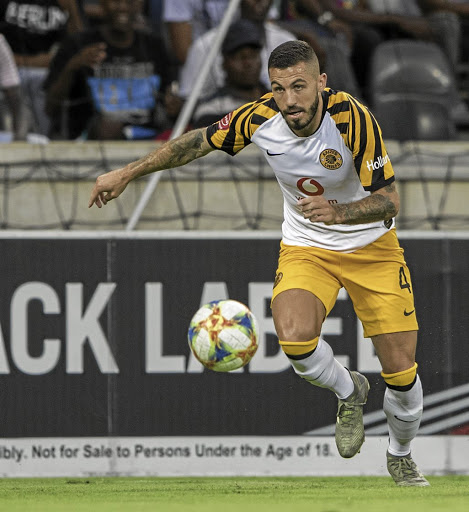 Kaizer Chiefs intend to kill two birds with one stone when they host Highlands Park in a league encounter at FNB Stadium tonight (7.30pm).

First and foremost, top-of-the-table Amakhosi are determined to bounce back from Saturday's 2-1 defeat at SuperSport United to substantiate their title credentials.

After turning 50 yesterday, Chiefs' secondary motive to go all out for a win tonight would be to complement their half-century anniversary celebrations, a milestone Amakhosi will be celebrating throughout the year.

Chiefs centre-back Daniel Cardoso stressed the significance of outclassing the Lions of the North, aiming to crown their jubilee and consolidate their rather solid home record, having only lost one of their six league outings in their back yard, with five wins and a draw.

"It's our 50th anniversary and we want to keep our home form going. Obviously, we took a setback [referring to the defeat by SuperSport], we know what's at stake as players and it's a must-win for us [against Highlands],'' said Cardoso.

The country's football is in disarray due to Kaizer Chiefs' dominance, and according to energised Highlands Park's fiery boss Sinky Mnisi, his team ...
Sport
2 years ago

Among those waiting on Tuesday morning for Kaizer Chiefs' 50th birthday celebrations in Phefeni to begin was 70-year-old Sheila Mosimane-Makhele‚ the ...
Sport
2 years ago

Cardoso knows Highlands will be a tough nut to crack, especially coming off a 2-1 win over Black Leopards.

"Highlands are a very good team. they got a result on the weekend, they won 2-1 and obviously they gonna come at us knowing they have the upper hand,'' Cardoso said.

The Glamour Boys will be without influential striker and top scorer Samir Nurkovic, who is suspended after picking up his third yellow card against Matsatsantsa. However, Cardoso refused to make the Serb's absence a big deal.

"We've a big enough squad to rise to the occasion. We've got other strikers that would be given a chance, so it's not such a big deal.''

As Amakhosi had made all the tickets available free of charge, a gesture that's part of their 50th birthday commemoration, about 80000 spectators are expected to flock to FNB Stadium tonight.