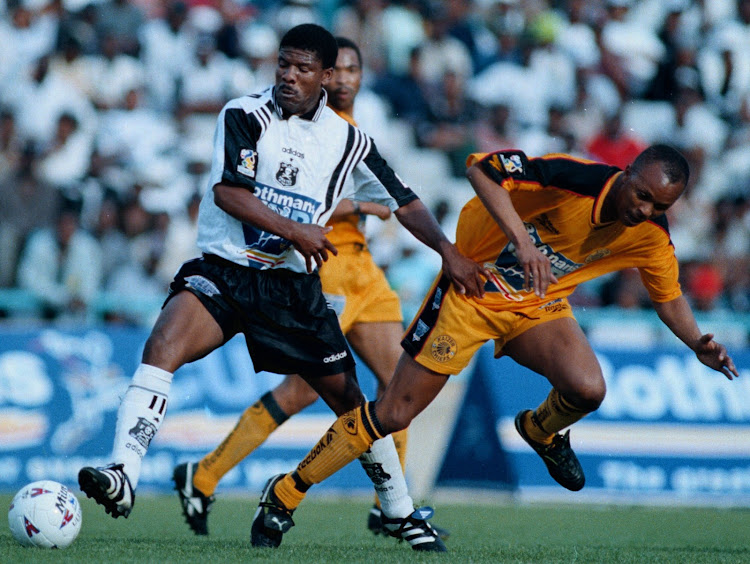 It will soon be 50 years since the first Soweto derby and the cast of characters who have contributed over the decades to making he game the country’s biggest sporting event have been numerous over the decades.

Many have played a major role in the creating the mystique of the rivalry and gone on to improve South African soccer greatly‚ cementing the place of the Soweto derby in the local football lexicon.

SowetanLIVE offers 10 players who have had a massive impact on past derbies and explains why:

The derby must surely have produced the only match in world football history where the two opposing goalkeeper scored for their respective sides from the penalty spot … and both before half time.

This was in the Champion of Champions semifinal in early 1971. Setlhodi went on to scored five penalties in the derby but this was ‘Kamuzu’ Banda’s only contribution to the score sheet.

One of the all-time greats‚ Dladla will always be associated with the death of Chiefs’ fast-talking manager Ewert Nene‚ the man who breathed life into the club through its first six years of existence.

Nene was killed by thugs in KwaThema in 1976 as he attempted to sign Dladla‚ whose silky skills meant he was already a popular local hero. Dladla went on to play in a decade’s worth of derbies‚ always evoking the memory of the man who gave his life to take him to Chiefs.

In late 2007‚ when Durban hosted the draw for the 2010 World Cup preliminaries‚ the world’s footballing community came to town. It seemed obvious for the derby to be taken to them them to showcase South African football and the game at King’s Park went out on TV on Eurosport to a global audience.

Christian Karembeu of France’s 1998 World Cup-winning side and German legend Franz Beckenbauer kicked off the game. But Khenyeza wasted no time in stealing away the spotlight – scoring after 19 seconds for the fastest goal in the derby‚ which was also the quickest in the then decade-long history of the Premier Soccer League.

One goal in the dying stage of a game ensured derby immortality for Maake. It came in 1988 in the Super Bowl final and broke a five-year trophy drought for the Pirates as they broke their Ellis Park hoodoo‚ coming from behind to beat Chiefs 2-1 after extra time.

Seven minutes into extra time. ‘Metroblitz’ Sithole beat two Chiefs defenders in a sprint‚ and passed to Maake‚ who had sneaked in behind Mark Tovey‚ who then hit a right-footed shot under the diving frame of Gary Bailey for a goal that ensured his fame.

He was only 19 when he got the first of 11 derby goals – 10 of them for Chiefs and one for the Buccaneers after he had switched sides after an acrimonious bust-up.

His sea-shell necklace‚ white sweatbands on his wrist and afrohair style was distinctive and he had great pace and a finishing ability that today’s coaches would give an arm and a leg for. It was no wonder he has won more Footballer of the Year trophies than any other South African player.

A total of 18 years playing in the derbies is the sort of longevity that few can dream of. A total of 19 goals is a record that is likely to never be broken.

Ntsoelengoe scored in the inaugural Chiefs-Pirates clash in 1970 and kept on doing so well into his late 30s‚ always playing with time on his side and with a craft that made him arguably the best player this country has ever produced.

Legs of Thunder’s hat trick in the 1996 BoBSave SuperBowl semifinal was the last time any player scored three in a derby. It was also the first hat trick in 15 years in the derby match‚ as Sikhosana catapulted Pirates to a comprehensive win.

Sikhosana was instructed to exploit Chiefs’ defensive weaknesses‚ primarily their lack of pace at the back‚ by using his speed and directness and it paid off with his hat trick completed by the 47th minute.

“I think the fans no longer see me as the bad guy. They realise I’m not being selfish when I keep on trying to score. It’s my job and they appreciate it‚” Sikhosana said later.

The legend of the ‘Black prince’ began in the derby in 1972 when the newspapers of the day described him as a “schoolboy wizard”. Although he didn’t score in his first derby at the Orlando stadium‚ Pirates won 2-1 and Sono mesmerised the defence and thrilled the crowd.

He was carried high on the shoulders of the supporters after the win and the fans formed a guard of honour for the Pirates players as they left the stadium after the game.

The two derbies played already this season have been noticeable for one thing – the absence of Siphiwe Tshabalala‚ now ending his career in Turkey‚ after 12 years of regular service in the clash between Chiefs and Pirates.

He had many highlights but none better than the 2010 Telkom Knockout final at Soccer City where a crowd record of 91 727 was set as Chiefs thrashed Pirates 3-0 to retain the trophy‚ with ‘Shabba’ making one and scoring one.