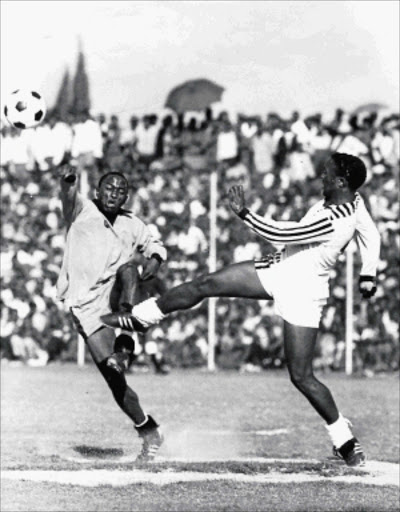 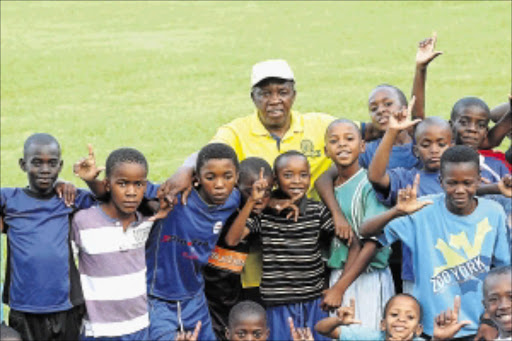 IT IS surprising, actually it's criminal, how an Internet search for so famed a name in South African soccer, Zacharia Vusi Lamola, yields less than a handful articles.

The stories I could unearth on a Google search were all of a few paragraphs. How's that possible that a man nicknamed "Computer" for his sheer footballing brain could have so little archived about him?

The history of Kaizer Chiefs would be incomplete without mentioning the little dynamo that ran their engine room and helped establish a football empire of almost unequalled magnitude on the sub-continent.

South African football has always had a love affair with nicknames, and some followers of the game christened Lamola "The General" for obvious reasons.

"I started my career at a team called George Goch Spades, in the old Johannesburg township in the south. I was about 10 years old," LAMOLA REMINISCES.

"I used to carry and polish soccer boots for the players. I guess that's when the seed for the great love I have for this game was planted and nurtured," Lamola said.

"Back in those days we used to go to the Bantu Sports Grounds in Von Wielligh Street [central Johannesburg] where we witnessed great football played by the likes of Scara Sono and [William] 'King Kaizer Matatazela' [Mkhwanazi]."

It was at this point that emotions seemed to overcome Lamola as he mentioned the great injustice done to our sports heroes, who are generally never acknowledged for their contribution to the game.

"We buried King Kaizer just the other day last month and I was honoured to be the MC at his funeral.

"Not a single newspaper report his death."

Lamola recalls having to leave the township of his early years in 1966, aged 16, to live in Orlando East, Soweto, but not before forming his own team called George Goch Aces, in honour of "the Witbank Black Aces side that beat some of the great teams of the time".

"They had the likes of Slow Masuku and Ace Mkhonza in their team. What a team!" Lamola said.

At Orlando he joined a team called Preston Brothers where he played alongside Ephraim "Shakes" Mashaba, who was later to captain Orlando Pirates and Moroka Swallows, and is now the coach of the SA national Under-23 team.

Then Ewert "The Lip" Nene came knocking and a legend was born when Lamola found his way into Kaizer Chiefs.

"Chiefs had awesome players then, such as [Johnny] Magwegwe Mokoena, who I regard as a genius, the best footballer in this country ever, Ten Ten Nzimande and, of course, [Patrick} Ace Ntsoelengoe."

Lamola doesn't remember the first match he played for Chiefs but won't forget their clash with Lusitano, the eminent side from the white National Football League, soon after the merger with the National Professional Soccer League in 1978.

"Lusitano used to thrash the likes of Pirates and Swallows by some heavy scores, and their cocky coach [Joe Frickleton] declared before our match that he would stroll naked in Joburg were Lusitano to be beaten by a black team.

"It was an insult. To us it became much more than a football match, it was political. Rand Stadium was packed, and there were even more people outside the stadium listening to radio. We knew we were not just playing for Chiefs. We won 2-1, Teenage Dladla and I scored."

Lamola also remembers a clash with Pirates when he made his name. "It was the Chevrolet Cup final. I was on the bench and I didn't know why. Pirates were leading 2-0 when Ace hopped off injured with 10 minutes to go, and the coach said 'General, it's your turn'. I told myself I'll show the coach who I am.

"I did not score but I engineered almost all the goals as the match ended 3-3 in 90 minutes. We went on to win 7-3. After the match the coach [Zero Johnson] had to tell lies that it was his game plan when fans asked why he had benched me."

In a previous interview another legend, Jimmy Cook, regaled us with the wizardry of Lamola. "Playing against Chiefs was a nightmare. Guys like Computer Lamola were so skilful that some of us ended up watching their trickery on the ball to a point of almost applauding them," Cook said.

What does Lamola make of the standard of football today? "It has gone down. The problem is that foreign influences have killed our style. Football is about entertainment and what you see with the empty stands is because people don't like the product. We need to see more of players like [the late] Emmanul Scara Ngobese."

The beginning of the end of Lamola's playing days makes for a rather sorry tale and the pain still lingers. He was unfortunate to score an own goal for Pirates in a high-stakes Soweto derby in 1980.

Not that there is such a thing as a friendly match when the two giants of the local game clash, but that Lamola was hounded out of Chiefs is testimony to the bitter rivalry between the two teams then.

"I was accused by some at the club of doing that deliberately because I was from Orlando East, the home of Pirates." he said.

"I am a Christian and would never at any point in my life do such a thing."

This article was first published in the printed newspaper and eEdition on 3 April 2014. Click on this link to view the eEdition