Kaizer Motaung to the Chiefs players: 'You have an opportunity to redeem yourself' 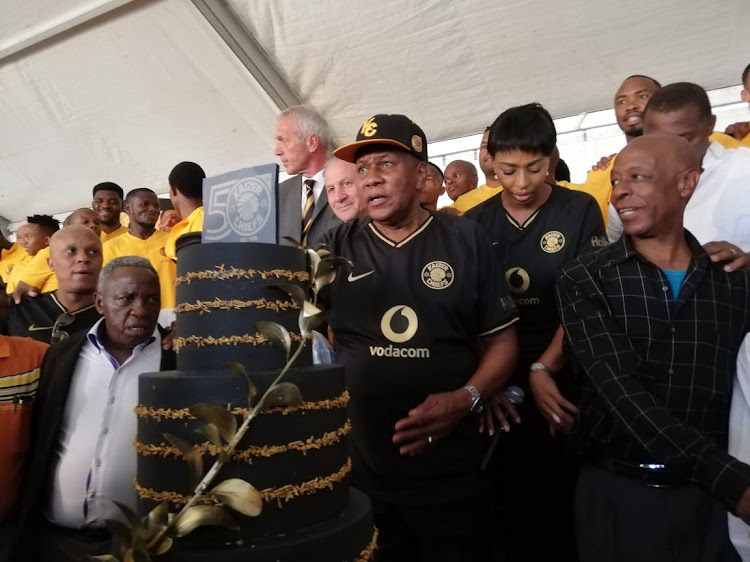 In a clear reference to their 2019-20 Absa Premiership title race‚ Kaizer Chiefs’ chairman Kaizer Motaung has urged the current team to “write their names in history”.

Making the point that a 50th anniversary celebration season only comes once‚ Motaung told his squad and technical staff that they have a unique opportunity to be remembered as the team that “achieved” in that one special campaign.

Chiefs are top of the log following an in-form first half of the season‚ though an away draw against Maritzburg United and a defeat this past weekend against SuperSport United in Nelspruit has seen their lead reduced from around 10 points to four.

“I would like to address the current players‚ and say to you guys‚ ‘You must thank God you are here‚ you are part of this history’‚” Motaung said.

“But more importantly‚ you must know that you have an opportunity to write your own history. Because this is the 50th year.

“Whatever achievements you are going to achieve‚ if you become successful‚ that will be engraved in the history of this club forever.

“So it’s an opportunity for you to do what your predecessors did before. But it will become something that will be in history forever.

“You have an opportunity to redeem yourself after the few hiccups in the past few weeks. The opportunity is there.

"Everything is in your hands.

“So I wish you everything of the best‚ I wish you well for the remainder of the season.

“And I also wish the technical staff everything of the best for the rest of the season.

“Just remember what role you play in the [happiness] index of this country. Your role is very significant.

“You know how many lives you touch out there. And what we see in the features‚ in the faces of those people – it is what you do that can make a big difference in their lives.

“Bearing in mind that this emblem you are wearing – treat it with care as an ambassador. And make those people happy out there.”

Chiefs celebrated their half-century in an event held in Phefeni‚ Orlando West on Tuesday.

The free entrance game (two tickets per fans who produced their IDs at Computicket) is “sold out”.