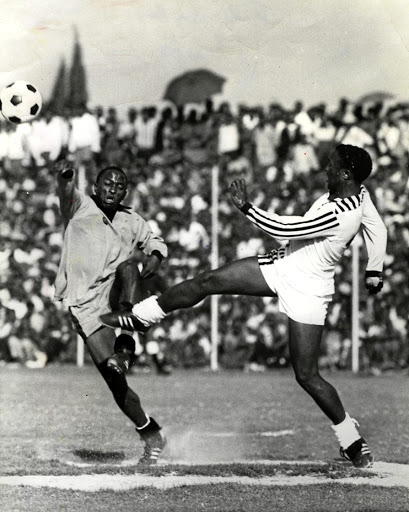 Vusi 'Computer' Lamola, left, of Chiefs in a battle with Jomo Sono in a match against arch-rivals Orlando Pirates in 1979.
Image: Sunday Times

Kaizer Chiefs players of yesterday have weighed into the debate regarding the club's recent fall from grace.

Chiefs, one of the oldest football clubs in the country, is celebrating its 50th anniversary next year. Kaizer Motaung founded the outfit with the late Ewert Nene in 1970.

Club legends charge that the recent decline in the club's fortunes, after not winning any major trophy in the past four seasons, was a result of the lack of hungry, top quality players.

"Maria Maria", also popularly known as "Computer" for his quick thinking on the field of play, said in his view, the Chiefs technical team needed to do a thorough evaluation of the kind of players they have and those they want to sign up.

Lamola, a midfield legend, played for Amakhosi in the club's formative years, between 1971 and 1979. He is regarded as one of the best midfielders to grace South African football, amassing dozens of trophies as he donned the No 8 jersey.

"The root of the problem is Chiefs doesn't have quality but quantity. They're doing the right thing [signing players every season], but the wrong way [not top players]," said Lamola.

"Besides, there is also the issue of the executive, the leadership, those who make decisions. Remember in a war situation the battle is not won by soldiers but by generals.

"You have to strike a balance between the two, the quality of the players and the management thinking. What you see on the field of play is what is happening behind the scenes. The current players are ordinary. It takes an extraordinary player to play for Chiefs. Going forward the club must replace quantity with quality," Lamola added. 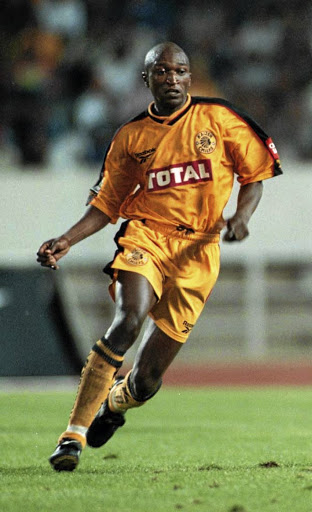 Equally critical of the manner in which Chiefs scouts and the technical team identify players to don the famous gold and black Soweto Glamour Boys strip is former striker Robson "Mashamplani" Muchichwa, a former Zimbabwe international.

"Chiefs needs good quality players and a good pre-season preparation. I'm concerned of the quality of the players that have qualified to play for Chiefs of late," said Muchichwa.

"Some aspects in management need to be tweaked. Bobby [Motaung, the football manager] has to step aside, not to fire him, as such. Decisions must not rest on him alone. It's a key point looking into the future.

"About 10% of the players in the current squad don't deserve to play for Chiefs. Half of the money spent on buying players has gone to waste, but again you can not tell a Pty Ltd company what to do. Chiefs is a private company owned by the Motaung family.

"Why spend a lot of money on players if you are not sure you will achieve the desired results?" asked Muchichwa, who was brought to SA by Qwa Qwa Stars back in 1995.

He said during his days at Amakhosi the club bought top players using sponsorship money. 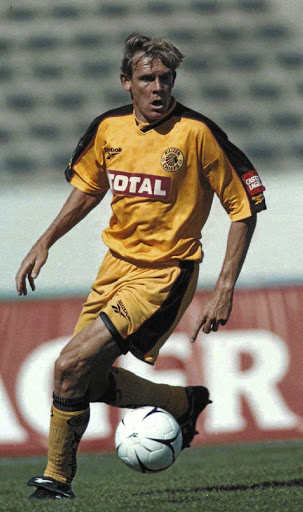 Who can forget "Mokoko" or "The Rooster", as Tovey, the former Bafana Bafana and Chiefs defender and captain, is better known as.

Tovey played for the Naturena-based club with Muchichwa from 1990 to 1999, making 341 appearances and scoring 27 goals.

"It's a shame that Chiefs has not won a trophy over the past four years. They have the resources, so what is the problem? It's the quality, some players signed are not the best available in the country. But I don't know much as I'm speaking as an outsider.

"These players are not of the quality of Chiefs standard. The problem is with those that are recruiting.

"Maybe they can't find the players making the grade to play for Chiefs."