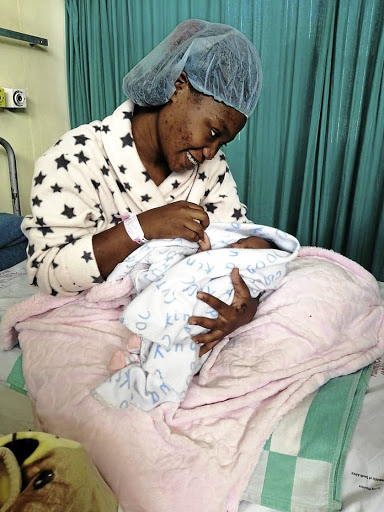 The baby abducted from Chris Hani Baragwanath Academic Hospital still does not have a birth certificate, seven months after she was born.

The mother and the child's father are unemployed and she cannot access a child support grant after the hospital delayed the birth registration due to DNA tests that had to be conducted.

The baby was abducted from the maternity ward by a woman who pretended to be a relative while the mother was heavily sedated after birth.

Police found the baby the next morning at a house in Diepkloof, Soweto. Kereleng Ramoisa, 24, was arrested and later given R10,000 bail.

The baby's grandmother said: "Police handed her back to the mother but we had to wait for DNA results to confirm the baby was the right one and that's where the problem began."

The mother of the teenage girl whose newborn baby was abducted in Pietermariztburg last month says she is doing everything she can to protect her ...
News
1 year ago

She said after a week of waiting, the concluded results had gone missing.

"So now the baby had to stay yet another week in hospital."

The baby's mother said: ". after two months the hospital gave me a piece of paper referring me to home affairs offices to apply for a birth certificate."

She said home affairs told her she was supposed to register the child before 30 days.

"I tried to explain that the baby was stolen in hospital and I got delayed because of DNA results," she said. ". four months later, I have not receive my child's certificate."

The hospital's spokesperson Nkosiyethu Mazibuko said: ". it's the responsibility of the mother to register the birth of child at home affairs. Proof of birth was issued to the mother on discharge."

'She was too trusting': Family clings to hope that baby will be found alive

A Johannesburg businesswoman who survived a 15-hour rape ordeal and successfully sued the police for failing to properly investigate her attack, has ...
News
2 years ago
Next Article