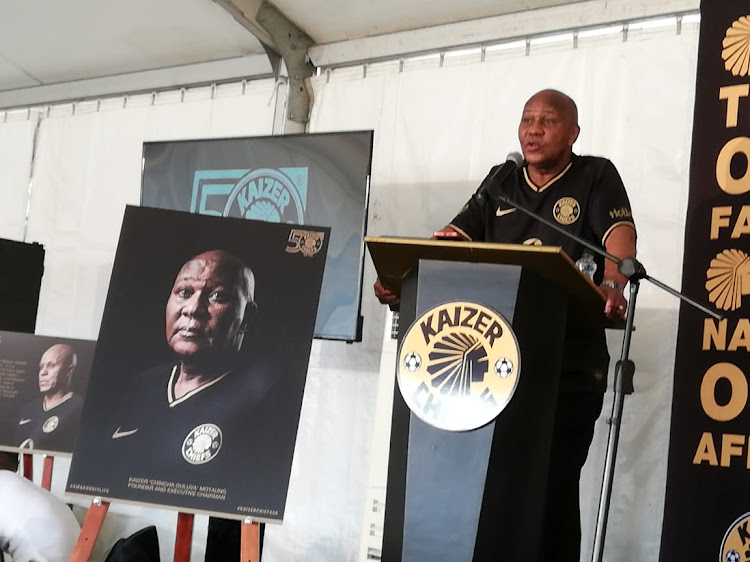 Kaizer Chiefs are lining up one big signing in the January transfer window‚ chairman Kaizer Motaung has revealed.

Speaking at Chiefs’ 50th anniversary celebrations in Phefeni on Tuesday‚ Motaung was asked if‚ with Amakhosi top of the log at the halfway stage the club’s thinking might be to sign one or two top-class players to ram home the advantage.

Chiefs have come under pressure as chasing teams – including defending champions Mamelodi Sundowns – have reduced a gap of around 10 points to four or five over the Christmas period.

This adds to the burden for a relatively inexperienced squad‚ but one who hit form in the opening half of 2019-20‚ of adding silverware in Amakhosi’s half-century anniversary season after four unprecedented preceding campaigns without a trophy.

“As you know it’s another window period‚ and obviously there might be an opportunity for us to acquire one position. If it succeeds‚ it will happen in the next two weeks or so‚” Motaung said.

“Obviously we have done our homework and we’ve made certain moves. But if it doesn’t happen‚ it’s not a train smash.”

Motaung was reluctant to reveal even the position of the player‚ probably understandably‚ given the manner in which some of Chiefs’ opposition have appeared to jump in front of the queue on the signings they have tried to line up in the past.

“At the moment I wouldn’t want to disclose because in this game today‚ because of technology‚ people get information within a few minutes‚” he said.

“I wouldn’t want to indicate otherwise I would be letting the cat out of the bag.”

Chiefs have given free entrance (two each‚ first come‚ first serve at Computicket) to commemorate their 50th birthday for their 7.30pm home game against Highlands Park at FNB Stadium on Wednesday night.

Just before the festive season started, I had my mind made up. I was going to write a column about the leadership lessons President Cyril Ramaphosa ...
Opinion
2 years ago
Next Article