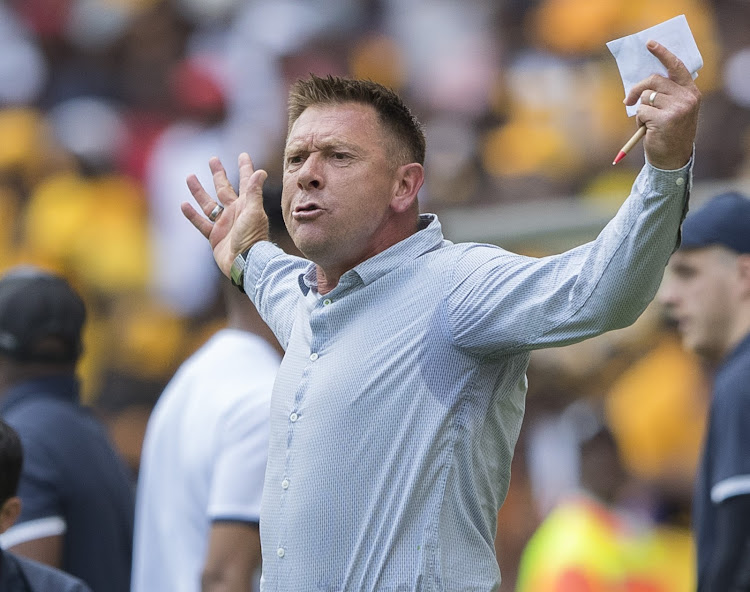 The pitch at the King Zwelithini Stadium in Umlazi has come in for heavy criticism after a bumpy surface ensured a poor quality encounter in the Premier Soccer League (PSL) on Sunday when AmaZulu and Maritzburg United played to a 0-0 draw.

“I think anyone watching the game on television must have changed the channel pretty quickly‚” was Maritzburg coach Eric Tinkler’s immediate response to the stalemate where the inability to keep the ball and pass it around meant it was a ‘hoof the ball forward and hope’ encounter.

It poses questions about the rigidity of the league’s rules on stadium conditions which has previously seen many venues ruled out because of structural and/or security reasons‚ but perhaps not as much focus spent on playing surfaces.

“We were forced into playing ugly football‚” added Tinker.

“It was all about fighting and aggression and trying to win the second ball.

“It was very difficult for the players and so it’s very hard for me to be critical of any aspect of their performance given what they had to deal with.”

His AmaZulu counterpart Jozef Vukusic said he had been forced to change his side’s approach to the game because of the surface.

“You need a much better pitch if you want to pay good soccer and I hope that in a month’s time it will be a better field.

“It was always going to be a tough game because of the pitch and both teams had the same tactics.

The pitch at the stadium had been partly relaid after being badly damaged by a jazz festival in recent weeks plus the heavy rains in Durban and the dry spell that preceded it.

It will give the chance for the pitch to be improved.

The Premier Soccer League said on Monday it would study any comments on the pitch made by the match commissioner and‚ if needs be‚ send stadium guru Professor Ronnie Schloss to inspect.

“The league has the right to close down a venue if it is not happy with the playing surface‚” added spokesman Lux September.

The Goal of the Month award might seem small beer in the greater scheme of things in the Premier Soccer League but Thabo Nodada‚ the winner for ...
Sport
2 years ago

Too much is being expected from Highlands Park in the wake of a first-ever top eight finish at the end of the last Premier Soccer League season and ...
Sport
2 years ago
Next Article