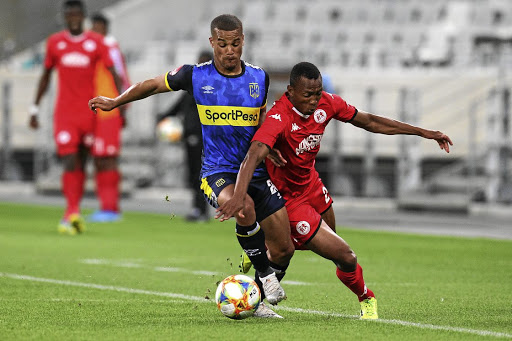 Cape Town City coach Jan Olde Riekerink has bemoaned the lack of structure in their play after yet another goalless draw in what was his second match in charge against Highlands Park.

Highlands held Riekerink's charges to a 0-0 stalemate at Cape Town Stadium at the weekend. The draw came three days after the Citizens had managed a similar result away to Bloemfontein Celtic in the Dutchman's maiden game in charge last Wednesday.

Riekerink, who replaced Benni McCarthy a fortnight ago, has pinpointed a lack of shape in their play as their major undoing.

New Cape Town City coach Jan Olde Reikerink believes there is much he can do with the struggling club after seeing the player potential at the side.
Sport
2 years ago

"We must play in a structure, that's what I see as something I must work on. Against Celtic we played with (Kewuti) Zukile and Ronald Putsche in the midfield and today [against Highlands on Saturday] we played with (Thato) Mokeke and (Thabo) Nodada and they played totally different," said Riekerink.

"Thato can be a playmaker, he can deliver the balls [to forwards]. He is really fantastic but my task is to bring in creativity. I push him forward all the time. Before, he had a task to play before our defence, but now he must go forward," said Riekerink.

The Citizens coach also provided an injury update on their top-scorer, Kermit Erasmus, who limped off 13 minutes into the game against Highlands.

"Kermit already had a hamstring injury from the last game against Bloemfontein and it got worse," said Riekerink of Erasmus, who already boasts seven league goals.

"I hope he'll be available for our next game [against Chippa United on Saturday] but I have my doubts."