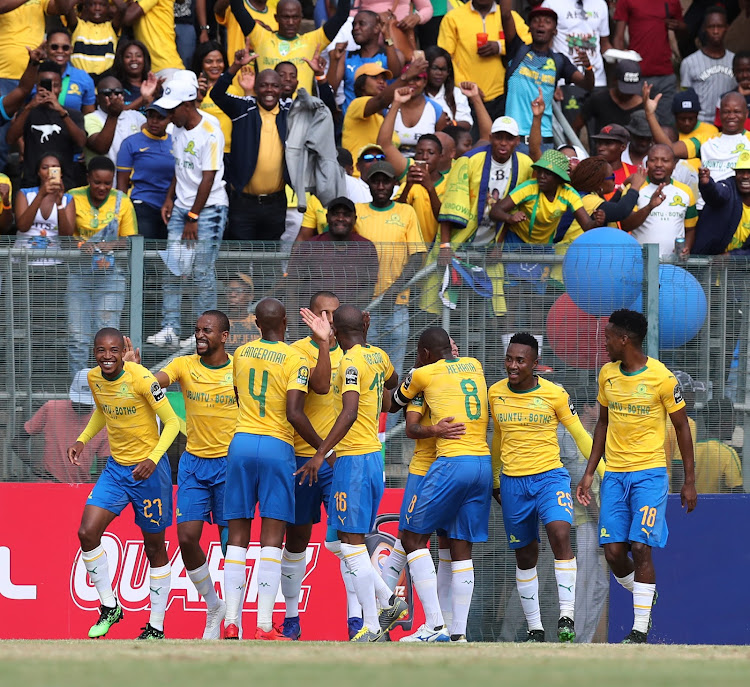 Mamelodi Sundowns’ form is gaining steam‚ and they are beginning to utilise their full squad to contend with a hectic schedule‚ Brazilians coach Pitso Mosimane said ahead of his side’s Caf Champions League clash against Petro de Luanda.

Downs‚ often slow starters to a season‚ are not at full flow by their lofty standards. They appear to have recovered from a mini-slump of two defeats‚ a draw and a penalties Telkom Knockout win against Chippa United with back-to-back victories against KwaZulu-Natal opposition.

One of those‚ Saturday’s 2-1 TKO semifinal victory against Lamontville Golden Arrows in Durban‚ set up a confidence-boosting cup final.

And Mosimane is pleased‚ too‚ that the second in the league against AmaZulu at Loftus on Tuesday night (1-0) came making six changes. Successful rotation can be crucial for Downs right now‚ the coach said‚ given the 2016 Champions League winners are competing on three fronts.

“We are getting our confidence back a little and we are bringing everybody on board to play‚” Mosimane said.

“We made seven [six] changes in our most recent match from the Arrows game [to meeting AmaZulu]‚ and the boys showed they deserve a chance.

“We are playing in three tournaments – the Champions League‚ the Telkom Knockout final and the league. So you need everybody to be part of this.

“We have injuries and suspensions and it’s not easy for us because we have a difficult run.”

Wydad Casablanca and USM Alger might be Downs’ toughest opponents in pedigree in Group C‚ but Mosimane knows not to underestimate Petro.

“They are a very strong team in terms of physique and aggression. And we know the Champions League is not the same as our league [the PSL] – it’s all about getting the three points‚” Downs’ coach said.

Petro make a return to the Champions League for the first time since exiting in the second round in 2010.

Their best performance came as semifinalists in 2001 – where Petro met Sundowns‚ and lost 2-0 away‚ then won 2-0 at home‚ the South African team eventually reaching the final 5-3 on penalties.

Downs lost 4-1 on aggregate to Egyptian giants Al Ahly in the 2001 final.