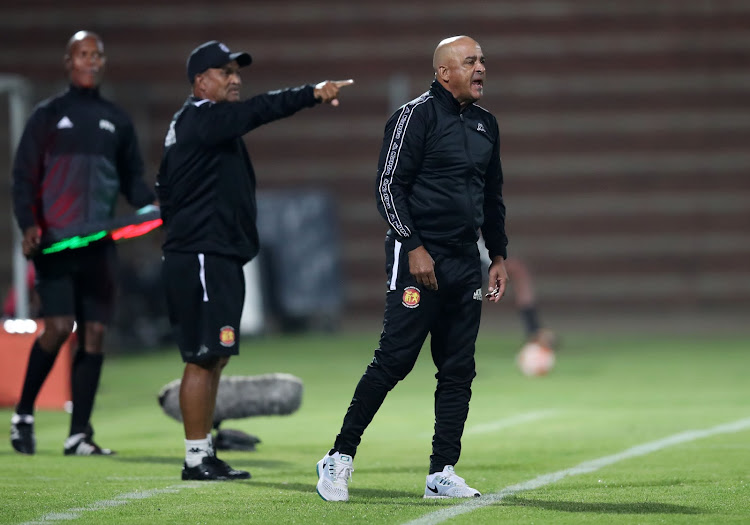 Too much is being expected from Highlands Park in the wake of a first-ever top eight finish at the end of the last Premier Soccer League season and their appearance in the MTN8 final just two months ago‚ says coach Owen da Gama.

“We are slowly getting to where we want to be in two or three year’s time but it is a process and we are improving‚ there’s no doubt about that.

“But at this stage of our development every point to us is gold‚” he says.

“Last season we drew 14 of our 30 games to finish in the top eight.

“A lot of success has happened in a very short space of time and that leads to a lot of expectations.

“But we are under no illusions and we just want to improve slowly but surely.

“It’s our second season. I believe if you go back in history‚ you’ll see that the second season is harder than the first season.

“You are no longer that closed book‚ people know what you are about and they really start taking note‚” adds Da Gama‚ in comparison to last season where he felt Highlands were sometimes written off as “just coming up from the lower tier.

Highlands are actually in a third top-flight campaign but after initial promotion for the 2016-17 campaign went straight back down again.

Da Gama joined the club two months into their National First Division campaign in 2017-18 and took them on an unbeaten run to the second division title.

Then they finished seventh last season with 41 points.

Highlands sit in sixth place in the PSL standings but have picked up just three out of a possible 12 points from four league matches since losing to SuperSport United in the MTN8 final.

“We’ve had seven games in a short space of time and it’s put us under a lot of pressure because we had to catch up games.

"I believe we have depth but I think we are struggling with readiness in depth.

“So‚ when we are forced to make three or four changes‚ we struggle a little bit. We are not on top of our game‚ we are not where we are supposed to be.

“But that’s all part of the process of getting the team to compete with any other team at any time‚” he added.

Highlands could finish the year in the top four if they can get positive results on Friday away at SuperSport United and then at home to Lamontville Golden Arrows on December 21.