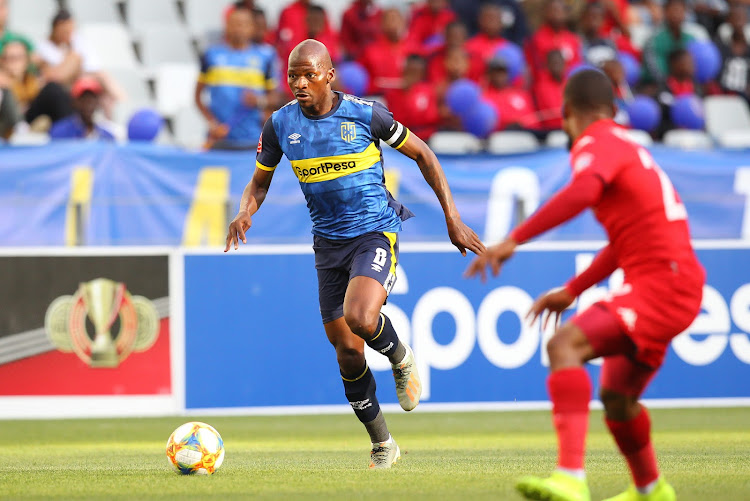 Cape Town City and Highlands Park produced an easily forgettable goalless draw at the Cape Town Stadium on Saturday night, both missing out on a chance to make a significant jump up the Premier Soccer League table.

Highlands could have gone up to fifth with a win but have now gone six games without victory while City remain down with the strugglers, still with just two wins this league season.

New coach Jan Olde Riekerink’s hopes of a convincing home debut were handed a major blow when top scorer Kermit Erasmus had to go off inside the opening 20 minutes.

His left hamstring had caused him to miss the midweek game at Bloemfontein Celtic and it was a gamble to put him into the team against Highlands.

Erasmus pulled up at the end of a sprint down the middle and was off after just 17 minutes, severely blunting the home team up front.

This much was evidenced before half-time as his replacement Fagrie Lakay ‘fresh-aired’ an effort at the near post, which he should have converted.

A series of quick passes split open the Highlands defence with captain Thamsanqa Mkhize delivering a perfect cross from the right that Lakay needed only get a touch too, but he missed it.

There was another chance for Lakay before the break but while the run was strong and purposeful as he bore down on goal, the shot was feeble and easily dealt with by Marlon Heugh.

Highlands’ pressing and hurrying meant it was never going to be a pretty game. There were far too many balls turned over and neither side able to hold the ball and play with fluidity.

Siphelele Mthembu was brought on at half-time to offer City a target man but it was Highlands who came closest to opening the scoring soon after the resumption when Rodney Ramagalela forced a save out of Sage Stephens, who palmed the ball straight into the path of Peter Shalulile but the effort from the league’s leading goal scorer was spectacularly stopped on the line by Mkhize.

City did however begin to exert more pressure in the last 20 minutes and there were half chances for Shane Roberts and, again, Fakay, but no end result.

In the 88th minute, Heugh finally had to make a decent save tipping over the top a long range shot from Thabo Nodada.