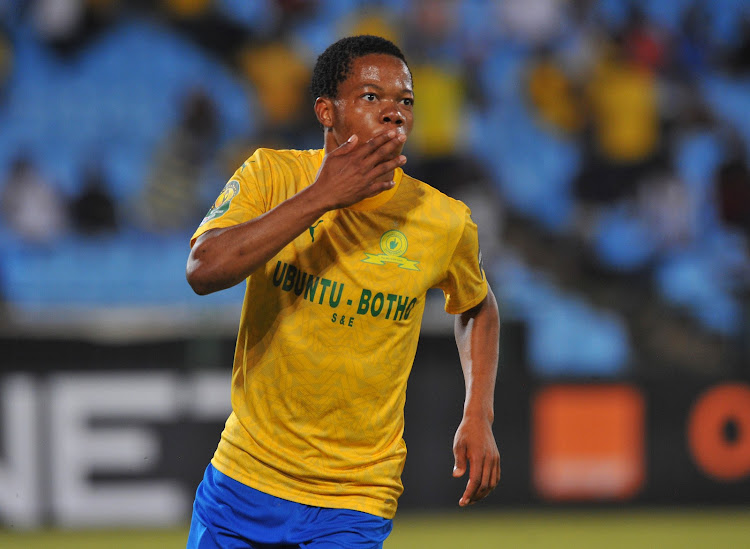 Skilful forward Sphelele Mkhulise is clearly the next rough diamond project Mamelodi Sundowns coach Pitso Mosimane has taken on to polish and improve‚ and turn into a top-class competitor.

The list of players‚ and especially forwards‚ former Bafana Bafana and Ionikos striker Mosimane has turned from raw talents into refined performers as Downs’ coach – all of them Premier Soccer League Player of the Season nominees or winners – includes Khama Billiat‚ Bongani Zungu‚ Percy Tau and Keagan Dolly.

Mkhulise provided a third component to a Uruguayan front two of Gaston Sirino and Mauricio Affonso‚ and scored the third goal‚ as Sundowns got their Caf Champions League Group C campaign off to a clinical 3-0 win against Angolan club Petro de Luanda at Loftus Versfeld on Saturday night.

Mosimane is speaking of the 23-year-old – whose nickname is “Pitso” – Downs youth product from Pietermaritzburg as following in the footsteps of the Taus and Zungus.

“He reminds me of how Percy came up. And you know I’m a conservative coach‚ also‚” Mosimane said.

“Probably I would have kept Percy a little bit longer. Even with Bongani Zungu and Keagan Dolly I said‚ ‘One more year’ [before their moves to Europe].

“Why? Because I’m conservative. I just want more surety. So with ‘Pitso’ [Mkhulise]‚ maybe I’ve delayed him a little bit.

“But also you’ve got to understand‚ last year he was competing with Lebo Maboe‚ who was top scorer‚ and Gaston and ‘Mshishi’ [Zwane] were there.

“There was not an easy space. Laffor was part of the programme. So it’s the time now.

“Good player. He can lose the ball a bit sometimes. He’s happy. You can see he’s young‚ fearless and enjoys himself.

“So you’ve got to let that go. And also if you’re going to tell him he’s losing the ball a lot‚ then you’re putting him in a cage again.

“So I want to release him to do what he wants‚ and then I can show him the mistakes after.

“He links well with Gaston. So does Themba Zwane. It will be good to have all those three on the pitch‚ because it’s creativity‚ more than effort.

“Look at the goal he scored [against Petro‚ laid on by Sirino]. They are clever‚ him and Gaston. They dissected this team.”

Black Leopards coach Luc Eymael has called for more discipline from his players as they prepare to host Lamontville Golden Arrows in their Absa ...
Sport
2 years ago