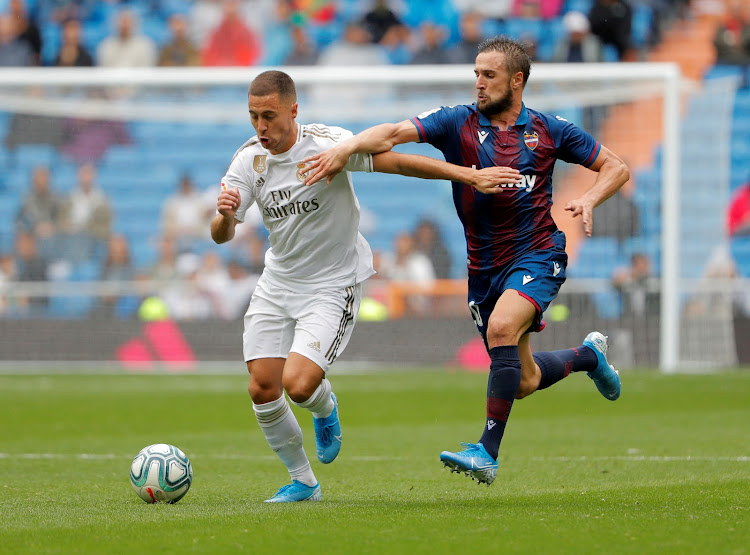 Real Madrid clung on to record a nervy but vital 3-2 win at home to Levante in La Liga on Saturday following a shoddy second-half performance after taking a three-goal lead with a Karim Benzema double and Casemiro strike.

Benzema headed Real in front after 25 minutes when he met a cross from Dani Carvajal and the France forward struck again a few minutes later with a well-taken finish after latching on to a pass from James Rodriguez.

Brazil midfielder Casemiro stretched Real's advantage right before halftime with a gut-busting run to meet a cross from compatriot Vinicius, but Levante hit back shortly after the interval through former Madrid forward Borja Mayoral.

Madrid's 100 million euro ($110.73 million) signing looked off the pace in his first competitive game though and, as the home side's intensity dropped off, Levante became emboldened.

The visitors reduced the deficit to one goal with 15 minutes to go thanks to a near-post header from Gonzalo Melero and twice came close to levelling in stoppage time.

Real goalkeeper Thibaut Courtois was forced to turn away a header from Ruben Vezo, while Levante's talisman Jose Luis Morales tried to catch out the Belgian moments later by shooting instead of crossing but narrowly missed the near post.

Zidane's side had drawn their last two games against Real Valladolid and Villarreal and were grateful to scrape a victory which took them to eight points after four games.

Courtois criticised his side for switching off after the break following their rampant start.

"If we had continued to play in the same way as in the first half we would have won 5-0 or 6-0," he told reporters.

"We played the best 45 minutes of the season but that's football, Levante changed their system and at times we were sloppy with our passing."