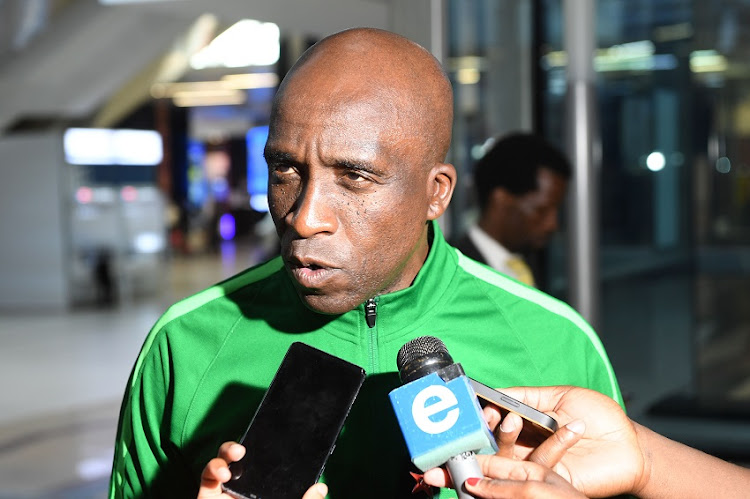 SA under-23 coach David Notoane is hoping to avoid a potentially tricky club versus country conundrum ahead of the 2019 Africa under-23 Cup of Nations tournament to be hosted by Egypt in November.

Part of continental junior tournament‚ which also doubles up as the final stage of qualifying for the Olympics Games in Tokyo next year‚ falls outside the Fifa international window.

The tournament runs from 8 to 22 November while the Fifa window will be open between 7 to 19 November. This means that clubs could elect to hold onto their players as they will not be obligated to release them.

Notoane said a solution has to be found urgently and talks would be held with the Premier Soccer League and the clubs.

“Already there have been constant engagements with coaches in terms of our programs and dates for Afcon‚” he said.

“The position that was taken was to say let’s qualify first and then see how we negotiate the situation.

"Interestingly for me and Safa‚ the tournament is inside and outside the Fifa open dates and that creates a very complicated situation.

“For me‚ I don’t know why the tournament was structured this way but until we know the reasons we can’t really be too judgmental.

"It is a challenging situation but we will see how we handle it.”

Though he is hopeful of convincing the PSL and the clubs to make their players available for the tournament‚ Notoane did not sound too optimistic about securing overseas-based players.

“We are almost confident that we will reach a compromise position with the local clubs and the PSL but with regards to the overseas-based clubs‚ I think they will understand that these players represent their country‚" he said.

“Even though part of the tournament falls outside of the Fifa window‚ we have always shown intent by selecting overseas players and we will look forward to the support of those teams.

"The overseas teams should understand that it is in their best interest to have players getting international exposure because it increases their profile and it helps with their development.

“We know that the rules will be against players being available and a further challenge will be how do we juggle things around if a few players are only available for a certain part of the tournament.

"Hopefully sanity will prevail and all the players will be available after we have done consultations.”

The South Africans beat Zimbabwe 5-0 on aggregate in the Afcon preliminary round a few days ago.