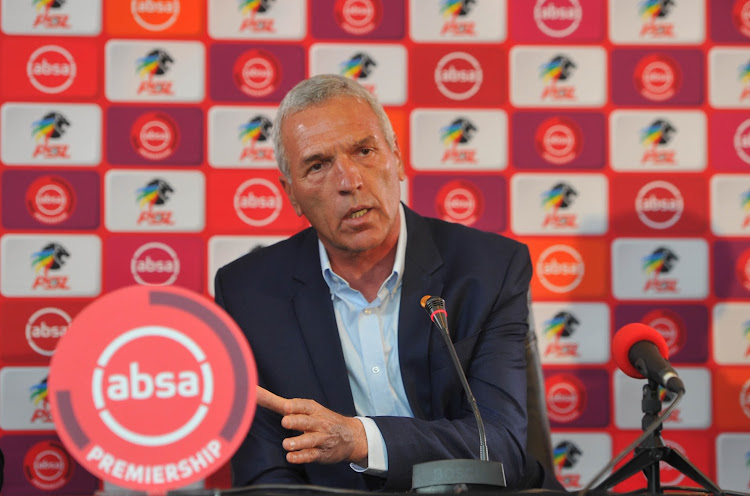 Kaizer Chiefs coach Ernst Middendorp has warned his charges about the tough challenge of maintaining their position at the top of the log standings in the coming months.

Amakhosi‚ who finished ninth last season in what was a forgettable campaign‚ have started this season with huge promise as they currently lead the pack with 10 points from opening four matches.

In the league‚ Chiefs have won three matches against Highlands Park‚ Black Leopards and Cape Town City while the other one against SuperSport United ended in a draw.

“It is possible to go into a certain direction and progressing to the top of the league‚ but the heavier part starts now‚” Middendorp said when he was announced as the Absa Premiership Coach of the Month for August‚ with Bradley Grobler of SuperSport named the Player of the Month.

On the challenges facing Chiefs in the coming months of the season‚ Middendorp said his players will have to dig deep and challenge themselves if they are going to maintain their position among the pacesetters. 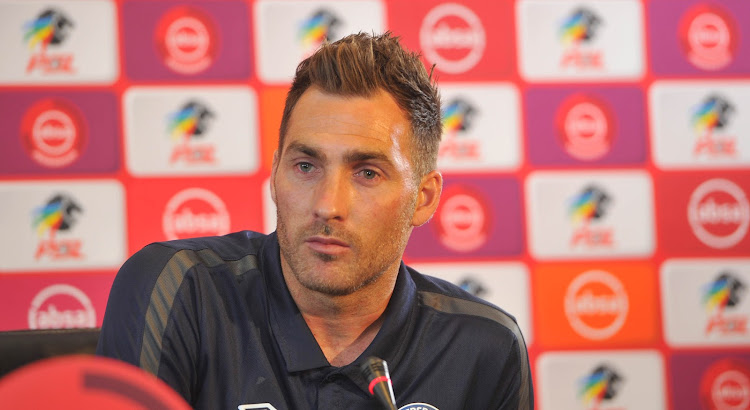 Bradley Grobler is the Absa Premiership player of the month for August.
Image: Sydney Mahlangu/ BackpagePix

“To stay among the top teams means you must challenge yourself by doing more work‚ by being more aware of what needs to be done‚ by increasing your daily and weekly work and also by being able to deal with the crucial moments‚” he said.

“On the other side‚ personally I accept this recognition of being named the Coach of the Month but definitely not in the way that I will get carried away and be on cloud number nine.”

Middendorp praised Chiefs’ management for showing faith in him after the club finished outside the top eight and lost to TS Galaxy in the Nedbank Cup final at the back end of last season.

“I strongly believe that there would not have been a lot of people on the 19th of May to keep me in the position.

"I believe that a special thank you has to go to Kaizer [Motaung] Junior and Bobby Motaung because I am 100 percent convinced about that [that there would have been doubts].

“I understand that among the supporters and the fans there is always a piece of disappointment in losing a cup final.

"It was not fun and joy‚ it was confusing and irritating but on the part of the soccer it is fantastic because the majority of diehard supporters of Chiefs understand what is being done so far‚ and thanks to them.”