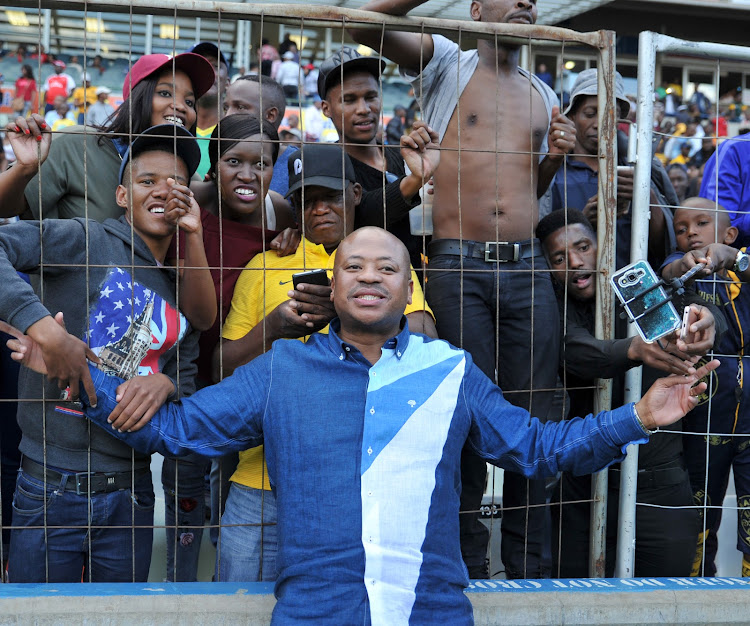 Kaizer Chiefs football manager Bobby Motaung says the constant criticism he receives from the millions of Amakhosi fans shape him to be a better person on a daily basis.
Image: Aubrey Kgakatsi/BackpagePix

Kaizer Chiefs’ football manager Bobby Motaung has said that stinging criticism that is often leveled at him does not mean fans don’t love him.

Motaung said the tough love he gets from the multitudes of hard-to-please Amakhosi supporters motivates him to work harder‚ and has also helped to make him a better person.

Over the years‚ Chiefs fans have laid the club’s failures at the door of Motaung‚ whose core responsibilities include player recruitment and being the link between the players and the technical team and management.

“Fans love me‚” he said on Friday afternoon on the sidelines of the launch of the Shell Helix Ultra Cup‚ where Chiefs will be up against rivals Mamelodi Sundowns at FNB Stadium next month.

“The mere fact that they criticise the job that I do encourages me. It’s not like they don’t love me – they love the club and they want the club to succeed.

“When they are happy‚ it pleases me and it makes me a better person every day. It is for the sake of the club.”

Motaung added that he understands that there will always be someone who takes the rap‚ and at Chiefs unfortunately it’s him.

“If there is no performance in the team‚ somebody must take the stick and unfortunately with my responsibility at the club I take the stick‚” he said.

“Some players you bring with high pedigree but they arrive at the club and the jersey and the badge is too big and they can’t cope.”

Motaung went on to say that playing in the Shell Helix Cup (Saturday‚ October 12) and Macufe Cup (Sunday‚ October 13) on successive days next month will help coach Ernst Middendorp in giving players opportunities.

“This season we are not in the top eight [MTN8] – there are a number of breaks like national call-ups and the Macufe Cup gives us an opportunity to give other guys a run‚” he said.

“We have two big squads at the moment and we need to give everybody a chance to play. All the players are quality and I think that the coach needs these two games to give competition.”