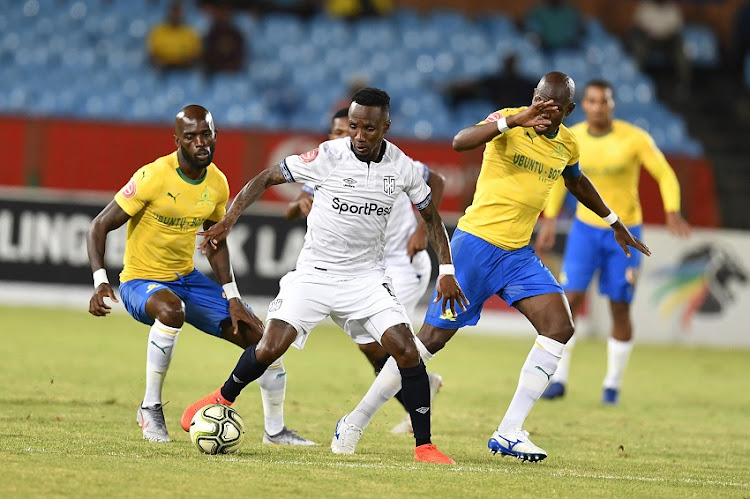 Mamelodi Sundowns coach Pitso Mosimane has paid a glowing tribute to newly retired star Teko Modise and described the former Bafana Bafana midfielder as the best player he has ever coached.

Mosimane recruited Modise from Limpopo lower tier side City Pillars to former club SuperSport United and the two continued their relationship at Sundowns and in the national team.

“What a fantastic player‚ a maestro and I used to call him the navigator‚” said Mosimane.

“He is the best I have ever coached‚ the boy who loved football and doesn’t miss training.

"He deserves respect because he did exceptionally well and he served me very well.

"I had a good time with him and when he came to Sundowns I gave him the armband‚ and jersey number ten for respect until he felt that he needed to go.

"I never said he must go and you know that.”

But during their time together at United‚ Sundowns and Bafana Bafana‚ the two had an at times tumultuous relationship that was laid bare by Modise himself in his highly publicised biography ‘The Curse of Teko Modise’.

“I don’t have personal issues with what he wrote in his book.

"I am beyond that and I am the bigger guy.

"He never disrespected me on the pitch when I coached him and we moved together from SuperSport United to Bafana Bafana.”

Modise played his last game last weekend after a sudden retirement announcement and the popular player is moving into the back office at Cape Town City for an as yet-unspecified role that will try to take advantage of his reputation‚ brand and popularity.

Never one to mince his words‚ Mosimane maintained that Modise still had at least two years of football left in him and could have continued playing beyond this year.

The outspoken coach said he hoped that the now retired player would remain in the game to impart his extensive knowledge to the current generation.

“I hope he stays in football because children look up to him‚" he said.

"I still believe he could play for one of two more years.

"It is his personal decision and he knows why he left the game but he served all the teams he played for very well.

“I think he can be a good coach because his analysis is good or maybe he can be a pundit.

"He is a clever boy‚ a good guy and probably they will involve him with Bafana Bafana because he played for so many years there and never said that he didn’t want to play.