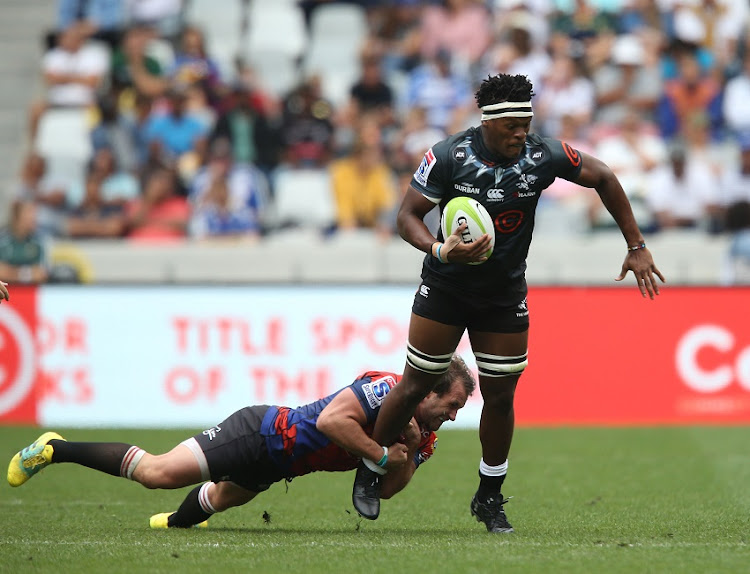 Junior Springbok captain Phendulani Buthelezi is no stranger to leadership roles but next month’s U20 World Championships in Argentina will be the biggest test of his young career.

The Junior Boks were third in France last year but suffered a huge defeat to the home nation in the semi-finals. They had a team brimming with talent but were dealt a lesson in harsh reality by Les Blues.

Buthelezi‚ who turns 20 on May 30 – the day after the team leaves for Argentina – wasn’t initially part of last year’s squad but joined the group as an injury replacement. It gave him a little taste of what to expect‚ especially as the Junior Boks are drawn in the same Pool as perennial favourites New Zealand.

Buthelezi is new in the Junior Springbok captaincy role‚ but he has had ample experience as a team captain in recent years‚ having led the Durban High School First XV team‚ the Sharks U17 Sevens team‚ the U18 Craven Week team and more recently the triumphant Sharks U19 Championship team in 2018.

“The experience of leading a few teams before has been invaluable in shaping how I interact with my team-mates on and off the field thanks to the different challenges and players I have had to work with in the past‚” said the flank.

“It taught me the importance of getting to know each player as well as possible on and off the field‚ so that you know what brings the best out of them.”

Being named the Junior Springbok captain is one of several highlights in Buthelezi’s rugby career up to now.

The others were receiving his first Super Rugby cap from Springbok and Sharks stalwart Tendai Mtawarira‚ being a member of the Sharks U19 Championship squad in 2018 that won the title after advancing through the competition unbeaten and DHS’ 20-17 victory against Glenwood High in his Matric year‚ which was the first time he had tasted victory against them.

However‚ Buthelezi has faced challenges along the way and one of them was missing the cut for the initial 2018 Junior Springbok squad for the World Rugby U20 Championship.

“Being excluded from the initial 28-man squad in 2018 and then being called up to the tournament as an injury replacement taught me a number of lessons‚” he said.

“It was a huge disappointment at first‚ but the lessons I took from that was that one cannot control everything‚ and that everything happens as it should. It also showed me that if you keep believing and work hard‚ you can achieve your goals.

“Despite being called up late‚ it was a huge privilege to go to the World Rugby U20 Championship last year‚ and being in this position this year is something I will always cherish.”