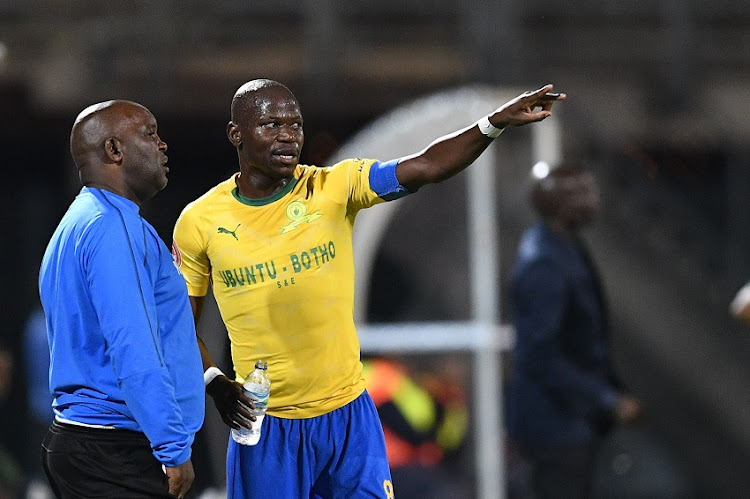 Mamelodi Sundowns had the perfect warm-up for the PSL awards after making a clean sweep at the monthly awards at the Absa offices in Johannesburg yesterday.

Pitso Mosimane and Hlompho Kekana were named Coach and Player of the Month for April and May. The duo were recognised after the club clinched its ninth Absa Premiership title recently.

Sundowns fans will hope that this is a sign of things to come ahead of the annual awards in Durban on Sunday, where Mosimane and Kekana are nominated for a handful of awards.

Mosimane is in line for the Coach of the Season award alongside Milutin Sredojevic of Orlando Pirates and Benni McCarthy (Cape Town City). The former Bafana mentor is looking for back-to-back wins.

Kekana got the nod in three categories: Footballer of the Season, Player's Player of the Season and Midfielder of the Season. He is looking to end his drought at the awards, where he has been overlooked despite numerous nominations.

Orlando Pirates coach Milutin Sredojevic was quick and gracious after the Bucs' 3-0 victory against Polokwane City on Saturday‚ falling just short ...
Sport
2 years ago
Next Article