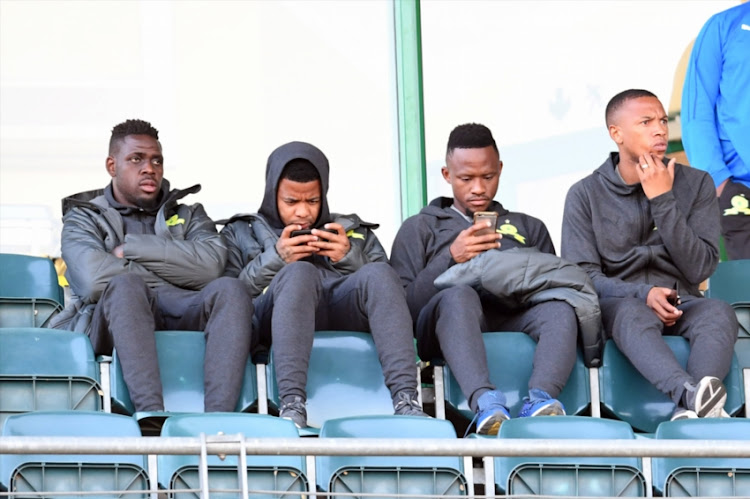 Aubrey Ngoma says he can understand why fellow left winger George Lebese wants out of Mamelodi Sundowns‚ but that he will stay and fight for his place.

Like Lebese‚ Ngoma has struggled for game time this season with just two appearances – two as a substitute and one as a starter.

He admitted that in a squad of Sundowns’ quality – where new arrivals such as Lebogang Maboe‚ Toni Silva‚ Jose Ali Meza and Phakamani Mahlambi have given coach Pitso Mosimane more toys to play with – finding game time can be extremely difficult.

“I mean we’ve got enough depth for every position in the team. It won’t be easy for any player.

“So you can feel for him [Lebese] when he says he wants to leave because it’s been difficult for him to break into the team.

“But also he’s a quality player. I know he’s got a strong mind. He’ll overcome the situation.”

Ngoma arrived at Sundowns in January‚ six months after his best season for Cape Town City‚ who he helped steer to third place in the Absa Premiership in 2016-17‚ being nominated for three PSL awards‚ including midfielder of the season and player's player of the season.

He does not regret the move to Downs‚ he says‚ and will continue fighting for a starting place‚ which might well materialise now thre Brazilians are stretched across domestic and continental fronts again.

“I think over the years‚ as I’ve grown and matured‚ I have thought that in life you have to regret the moves you don’t make rather than the moves you make‚” Ngoma said.

“Sometimes in life you have to grab opportunities. Some are once in lifetime so you have to take them.

“And at this point in time I still have time and a chance to break into the Sundowns team.

“There’s always an opening for a new player because the coach always wants to improve the team.

“As long as I’m still part of Sundowns I have a chance to break into the team and play regularly.”