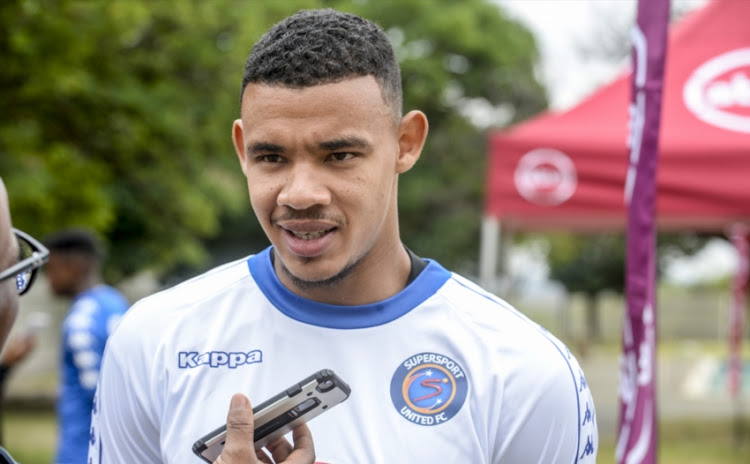 SuperSport United goalkeeper Ronwen Williams has admitted that injuries to the club’s key and experienced players have derailed their ambitions this season.

Williams mused over these challenges as United prepare to welcome Tshwane neighbours Mamelodi Sundowns at Lucas Moripe Stadium at 3pm on Sunday.

“We are punching above our weight at the moment. I mean‚ we’ve practically lost the core of our team… our internationals.

“If I can go through the list I mean it’s Morgan Gould‚ Clayton Daniels‚ our skipper Dean Furman and Bradley Grobler. Thabo Mnyamane has hardly played this season.

“Those are the players who play for Bafana and to miss them for such a long period of time is not nice.

“But like the coach (Kaitano Tembo) always says‚ this is a team‚ it is a team sport and there are 30 or 28 players that we’ve got.

“So there’s a chance for other young players to step up and take the opportunity and not just be squad players.”

Williams conceded that they have always struggled against their Tshwane rivals with no victory in their last nine league matches.

But he added that they were encouraged by their last league outing against the Brazilians.

“Our previous result against Sundowns (1-1) last season was the best in a long time‚" he said.

“So we will take the positive out of that.

“I mean we led practically the whole game but they scored in the 78th minute. Hopefully we can go a step further and beat them this time.”

The Bafana goalkeeper called on his younger teammates to remain focused and play their normal game against Sundowns.

“It’s another game you know and we just need to believe in ourselves and we can’t say we are too young to play‚" he said.

“So if the coach gives them a chance they must just grab the opportunity and put themselves on the map."

United led with Mnyamane’s 11th minute strike in the last league meeting between the two sides only for former Sundowns striker Percy Tau to level matters with 12 minutes to go.

Ahead of that last clash Sundowns had won the previous eight league matches between these two teams in the last four seasons.

Those Sundowns wins include a 5-0 thrashing of their neighbours in a first round league tie in 2016/2017 season.