Downs set to loan out Sekotlong 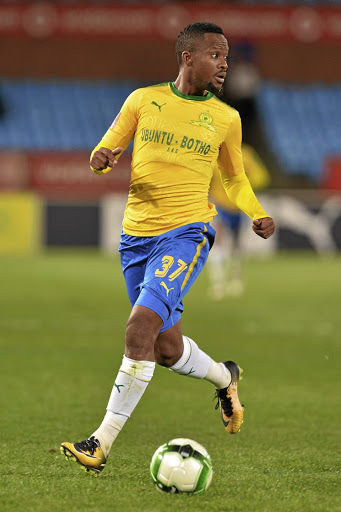 Mamelodi Sundowns MultiChoice Diski Challenge (MDC) coach David Notoane has given an indication that out-of-favour first team striker Thokozani Sekotlong might be loaned out in January.

Sekotlong continued with his fine form in the MDC, netting a brace to give Sundowns Diski side a 2-1 victory over Kaizer Chiefs at Tsakane Stadium at the weekend.

The lad from Mamelodi has only made 12 senior team appearances and scored twice since joining from Free State Stars in August last year.

"TK [Sekotlong] is using the space of the MDC to try and prepare himself for regular first team action. I am sure out of his performances in the MDC, he'll be able to attract some interest. maybe to go on loan in January," said Notoane.

"He's been knocking on coach Pitso's door in terms of playing possibilities but it's tough up there. The competition that he's facing is tough in terms of the options available."

Nevertheless, Notoane said, the Brazilians' technical committee will have the final say in Sekotlong's future. The Downs MDC mentor also praised the ex-Ea Lla Koto man's character. "So we will see what the technical committee of the club decides. Obviously the ideal situation is that he plays regular PSL football. He's been scoring goals as well, showing levels of commitment and maturity," he said.

Mamelodi Sundowns coach Pitso Mosimane has challenged some members of his squad to take advantage of the high profile exits of star players Khama ...
Sport
3 years ago

"You have to understand that football is not about talent and ability. It's also the work ethic and the mentality that you bring into the team. He's starting to show signs of a player that can fit our profile in terms of other aspects of the game and how we play."

The Tshwane side's win against Chiefs ended their five game winless streak. Notoane said it was significant to go into the Christmas break on a high. The MDC resumes on January 12.

"It was important to win [on Sunday]. I told the boys that we've been letting our fans down. I asked them to play for our supporters to give them something to cheer about going into Christmas."