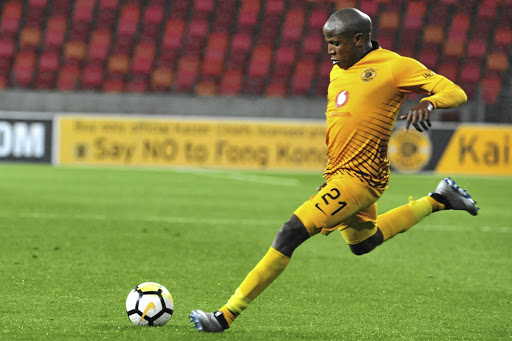 Lebogang Manyama of Kaizer Chiefs scored as his side lost to Zimamoto of Zanzibar yesterday. / Deryck Foster/BackpagePix

Chiefs advance to the next round with a 5-2 aggregate success, but their defeat in the second leg is among the most humiliating in South Africa's 25 years of competing in African club competition.

Yussuf Mtuba converted two penalties for the home side, taking Chiefs' tally of spot-kicks conceded to four in their last two games, while Lebo Manyama pulled them level in the second half with his first goal for the club.

Chiefs coach Giovanni Solinas rested talisman Khama Billiat, the hat-trick hero from the first leg, but still selected a starting XI side with 10 international players, with left-back Siphosakhe Ntiya-Ntiya the odd one out.

Out of depth Solinas cracks up Chiefs

Coach seems to have lost control of changeroom.
Sport
3 years ago

But despite this, they contrived to lose to last season's runners-up in the amateur league Zanzibar Premier League.

Chiefs will have to wait until tonight to know their next round opponents, with Madagascan side Elgeco Plus leading Unidad Malabo from Equatorial Guinea 3-1 from the first leg.