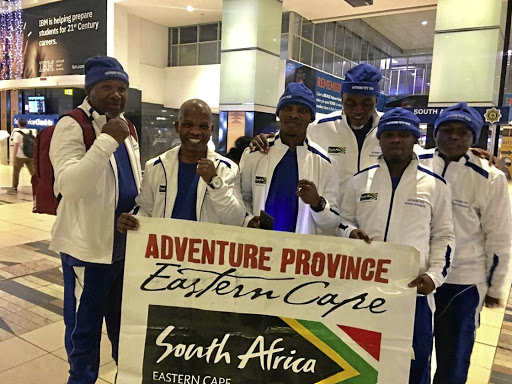 Zolani "Last Born" Tete will walk away with 75% of the R4.3m purse after his defence of the WBO bantamweight belt against Johnriel Casimero on Saturday, win or lose.

Tete's purse money for the mandatory defence against the top rated Filipino was determined by the purse bid that was won in September by Tete's UK promoter Frank Warren.

The R3.2m purse money should be a record for a South African boxer of this era. It is not surprising that Tete, who lives comfortably in Mdantsane in the Eastern Cape, was quoted at the weekend as saying he can now retire when he wants to.

Tete is with his long-time local trainers Loyiso Mtya, Mhikiza Myekeni and Zolile Tete (the boxer's father), while Mlandeli Tengimfene, who has played a pivotal role in Tete's fruitful career, remains the boxer's manager.

Tete's fight is featured on a stacked night of action at Arena Birmingham where Warren's Queensbury Promotions will be in charge.

Tengimfene said: "We landed very well after a 14-hour flight. The weather is like seven degrees Celsius and it's so cold.

"Already we've had two training sessions and we are taking it nicely as we are cutting down on the rigorous training schedule."

IBF flyweight boxing champion Moruti "Baby Face" Mthalane has found solace in being nominated for the SA Sportsman of the Year Award after being ...
Sport
2 years ago
Next Article