Pressure is on Makondo to win 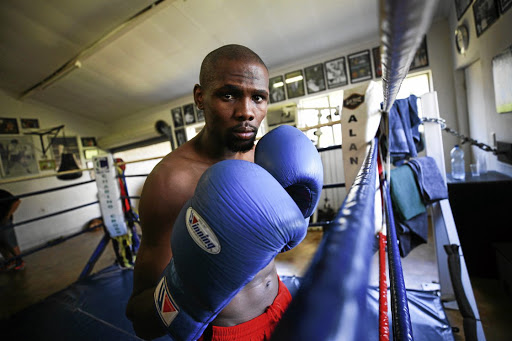 Sikho Nqothole and Bangile Nyangani have paved the way for Nkhensahosi Makondo to win the SA junior middleweight vacant title on December 13 by capturing the IBO Africa and WBA Pan African titles at the weekend.

Nqothole, Nyangani and Makondo are stable mates at the gym of trainer Alan Toweel Jr in Linden, Joburg.

Nqothole stopped James Kibanzange in the second round to claim the IBO African bantamweight strap while Nyangani did the same to Selemani Bangaiza in the same round for the vacant WBA Pan African mini flyweight belt.

Their fights took place in Mthatha on Saturday.

Makondo will face another big hitter Simon Dladla from Free State for the vacant domestic junior middleweight belt in Kroonstad where Dream Team will stage its tournament on December 13.

The other winners are Akani Phuzi who reigns supreme as the WBA Pan African cruiserweight holder and Jeff Magagane who holds the same organisation's featherweight strap.

"These titles are a stepping stone to bigger things. I want to go slow with these guys," said Toweel.

"I am very proud of their successes and without a doubt it will motivate Makondo when he fights for the SA title as well as Jeff who fights in Namibia on December 7."

Former professional boxer and now esteemed promoter Ayanda Matiti has vowed to continue honouring the political heroes of 1976 with boxing ...
Sport
2 years ago
Next Article