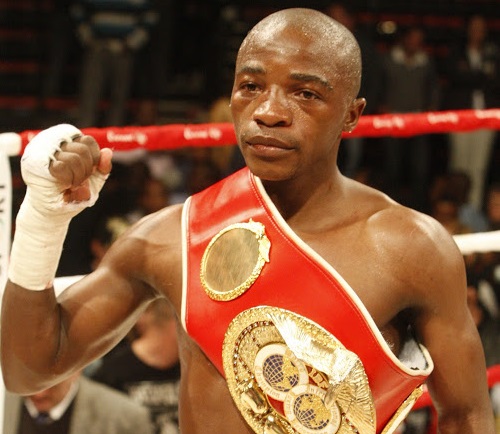 Nominee for the sportsman of the year award and IBF flyweight boxing champion Moruti "Baby Face" Mthalane says compatriot, Zolani "Last Born" Tete, should use his reach and height to his advantage when he defends his WBO bantamweight belt against Filipino John Riel Casimero.

The fight, Zolani's third defence of the belt, will take place on November 30 in London. Casimero is the interim WBO champion.

Mthalane, who flattened Tete in round five for the IBF flyweight title in 2011, is rooting for Tete to win. He says the hard hitting left-handed Tete has all the weapons to defeat Casimero.

"Casimero is my height so Zolani must use his reach and height to keep him at a distance," said Mthalane, who also stopped Casimero in round five in 2011.

"The only time Zolani must allow Casimero closer is when he wants to dig uppercuts and body shots," he said. "If the opportunity for a knockout presents itself then Zolani must grab it because he's got power to do that.

"Tete boasts 21 KOs in 28 wins against three losses. Casimero, who won the interim title in August, has knocked out 19 of his 28 victims and has four losses.

SA superstar ready to rumble
Sport
2 years ago
Next Article