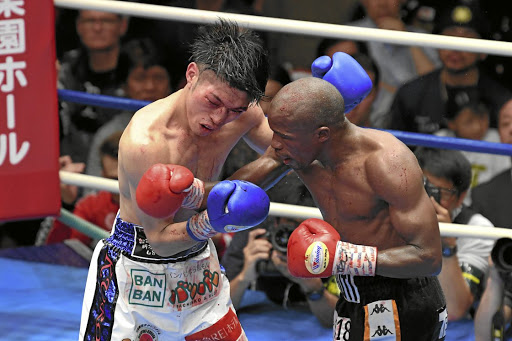 IBF flyweight boxing champion Moruti "Baby Face" Mthalane has found solace in being nominated for the South African Sportsman of the Year Award after being snubbed by KwaZulu-Natal, which hosted its awards last weekend.

The SA Sports Awards will take place at the Playhouse in Durban on November 10.

Mthalane, 37, from Lindelani in Durban, said: "I was left hurting by being ignored when my province had its sports awards last weekend. The recognition must begin from my province. But that is water under the bridge now that I have been nominated for a bigger award."

Moruti "Baby Face" Mthalane says compatriot, Zolani "Last Born" Tete, should use his reach and height to his advantage when he defends his WBO ...
Sport
2 years ago

Mthalane, who is based in Johannesburg under successful trainer Colin "Nomakanjani" Nathan, added: "It makes me very happy to be nominated for the sportsman of the year award. This shows that I am a good ambassador for the sport of boxing, which is left behind when such occasions are organised."

The true gentleman who turns into a killer once he steps inside the ring, won the IBF strap in Kuala Lumpur last year. He defended it successfully in Japan against Masahiro Sakamoto and Mayasuki Kuroda. Mthalane will bid for the third defence in the same country against Akira Yaegashi on December 23.

It is now three years in succession that boxing is represented in the SA Sports Awards, the first time being in 2017 when WBO bantamweight champion Zolani Tete lost to Luvo Manyonga.

Hekkie Budler, then WBA and IBF junior-flyweight champion went all the way to lose to Caster Semenya last year. Those two nominations were viewed by the general fight public as a victory for the fistic sport.

Veteran world champion Moruti Mthalane will return to Japan for the third defence of his IBF flyweight crown‚ taking on a former three-division ...
Sport
2 years ago