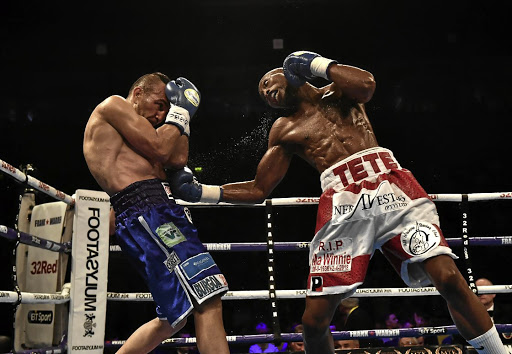 WBO bantamweight boxing champion Zolani "Last Born" Tete is not losing focus on his defence against Filipino Johnriel Casimero on November 30 in England by paying too much attention to Naoya "The Monster" Inoue.

Tete wants to fight Inoue in a unification bout but must first take care of business on November 30, when he puts the WBO strap on the line.

"No, he's not losing focus at all," said Tengimfene. "We have been preparing for Casimero since the announcement was made in September. At some point we had to tone down our training."

Tengimfene said they watched three fights Casimero won and four he lost. One of those losses was against IBF flyweight holder Moruti "Baby Face" Mthalane at Nasrec in 2011.

"We picked up that Casimero has never fought a left-hander and we then made Zolani exaggerate his left-hand stance in training so that we frustrate Casimero," said Tengimfene.

One of Tete's three trainers, Loyiso Mtya, said their charge is cruising in terms of training.

"It's just a matter of keeping fitness, which is there, and working on fight strategy," he said, adding that he watched Casimero against Mthalane.

"He was young, up and coming then. He looks bigger and more solid at bantamweights than when he fought Mthalane at flyweights. We know him the way we think he knows us."

Tete and company jet off to the UK on Friday.

A shoulder injury has shattered Michael Mokoena's dream of stepping in the big shoes of Jacob "Baby Jake" Matlala by winning the IBA belt.

Pint-sized Matlala is the first local fighter to win the IBA belt when he pulverised Mexican legend Michael Carbajal in 1997.

Mokoena's shoulder was dislocated and he had no choice but quit in round eight against Daud Yordan in Indonesia. Mokoena was seen on YouTube grimacing in pain as he rushed to the hospital where the shoulder plate was put back in its place and he was later discharged.

The loss was Mokoena's fifth.