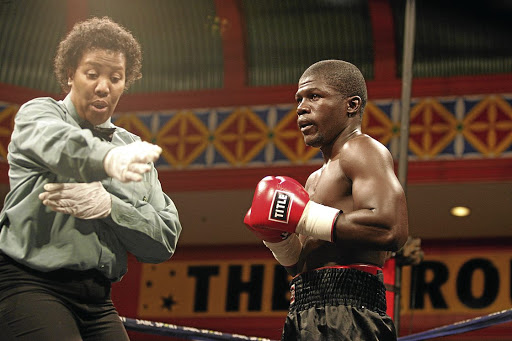 History will be rewritten in South African professional boxing on August 23 at Emperors Palace where a woman will be the tournament supervisor.

In August, SA commemorates Women's Month, which is in honour of the August 9 1956 march by almost 20,000 women to the Union Buildings in Pretoria in protest against the extension of apartheid pass laws to women.

Berman and Ellis sold the idea of appointing multiple award-winning veteran referee and judge Sylvia Mokaila as IBO's fight supervisor and Levine did not think twice about granting the duo their wish. Mokaila will as a result earn the honour of being the first female tournament supervisor in the history of boxing in SA.

Berman's Golden Gloves promotions - which has existed for over 40 years - will stage what he dubbed the "Razor Sharp" international tournament at Emperors Palace in Kempton Park. Ellis, who has done it all in boxing for over 50 years, serves Golden Gloves as tournament coordinator.

Knapp is trained by Vusi Mtolo while Campbell is under the guidance of trainer Peter Smith. Ashley Fourie hones the skills of Mukala.

Mokaila, who hails from the North West province, has been in boxing for 21 years. Her skills were honed by Ken Ramaboa and Stanley Sono (both former boxing ring officials and administrators) and former boxing champion Norman "Pangaman" Sekgapane.

Zinakile from Mdantsane has been in boxing for 13 years and was voted Boxing SA 2017 female ring official of the year.

She will be the third person in the ring when both Campbell and Knapp welcome Mukala and Olvera.

Tshabalala, from Pimville in Soweto, had been a ring announcer previously but in small shows staged by Berman.

"This is an honour to Sylvia purely because of her ability. Least but not last Pumeza has built a reputation as being one of South Africa's leading referees, very capable and rates amongst the best," said Ellis.

"Hats off to Boxing SA and the IBO for recognising these long-deserving female officials."

Also to feature in Berman's tournament will be Layton Gloss and Ricardo Malajika in a 10-rounder for the Gauteng bantamweight title.

Gloss is the son of former mixed martial arts fighter Leo Gloss and has three KOs in five wins against two losses.

Meanwhile, Uefa has appointed Stephanie Frappart to be the referee for the European Super Cup between Liverpool and Chelsea next Wednesday. The French woman will be the first female to officiate a major Uefa men's showpiece event.