Lions of the North ready to bite Chiefs 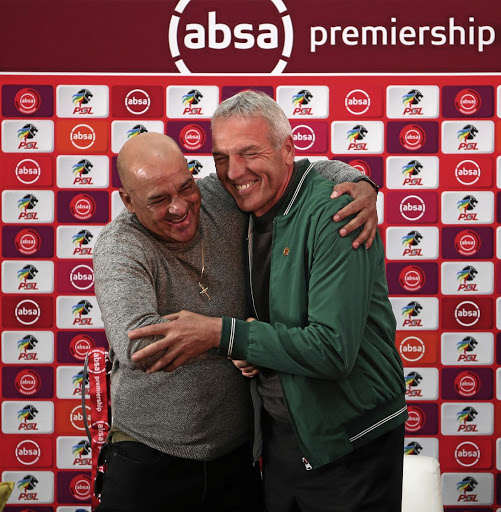 In sport we have what's called territorial advantage. And when a fight takes place in your backyard, you do whatever it takes to make the enemy feel like an invader of your space.

That is exactly the attitude that the Red Ants - as Highlands Park are popularly known - should adopt when they host Kaizer Chiefs in their Absa Premiership league match at Makhulong Stadium, in the heart of Tembisa, today. Kick-off time is 3pm.

Gone are the days when the Lions of the North would be described as minnows against Chiefs. Every club that forms the Premiership 16-team log nowadays is equally capable of collecting maximum points .

Highlands, under the guidance of coach Owen da Gama, finished the 2018/19 season in the top eight bracket, something that Amakhosi could not do.

Yes, the Glamour Boys remain the most supported team in the country, but expectations are that locals in Tembisa will rally behind their team, which showed guts and determination to qualify for the R8m Wafa Wafa Cup contest.

It is a known fact that some of Highlands fans are also Chiefs followers but they should suspend that affinity and instead occupy the lion's share of the grand stand in support of their local side.

Chiefs are a walking-wounded team, having lost 2-0 to ancient rivals Orlando Pirates in the Black Label Cup competition last weekend, and coach Ernst Middendorp would surely want to wipe tears off the faces of the myriad of fans by winning their first league match of the season.

On the other hand, Highlands would also want to create a lasting impression by bagging three points in their first home game of the season.

"We appeal to those without tickets and also warn those who resell tickets to stay away from Makhulong Stadium."