'Killer' tips Sundowns to win every cup on offer this term 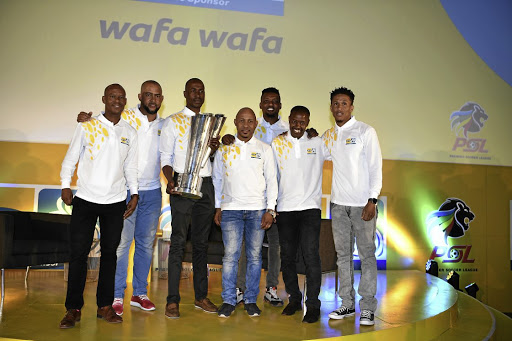 Almost-forgotten former striker Katlego Mphela insists that he is still going strong and has not fallen on hard times since the end of his playing days.

The lethal former Mamelodi Sundowns and Kaizer Chiefs marksman drifted into the wilderness in the past few years after a goal-laden career.

"Killer", as Mphela was affectionately known, was last on the books of Royal Eagles in 2017 and has since quietly hung up his boots.

"I am doing well. I am healthy. My life is okay and I am happy. I thank the fans for all the support over the years and even to this day they still believe in me," Mphela told Sowetan.

"Life is different now as compared to when I was a player. It takes some getting used to but everything with me is fine."

The 34-year-old said he has been busy with grassroots football development and is interested in acquiring coaching qualifications.

Mamelodi Sundowns are chartering a plane to take them into the heart of the Congo later this week as they prepare to begin a bid to add another Caf ...
Sport
2 years ago

"I have been working with youngsters and giving back to football with clinics and so on. There is an academy in Kempton Park [Ekurhuleni] that I try to assist with coaching," he said. "I am also looking into getting coaching qualifications."

Mphela is one of the eight MTN8 legends (Fabian McCarthy, Joseph Makhanya, Jabu Mahlangu, Josta Dladla, Benson Mhlongo, Thabo Mooki and Benedict Vilakazi) who were voted for by fans to be ambassadors of this year's competition.

"It is overwhelming that people still remember me after having been out of football for some time. The fact that the fans still want to see me is humbling," Mphela said.

The ex-Bafana Bafana goalpoacher said Sundowns will continue being the perennial contenders for every cup.

"Knowing coach Pitso [Mosimane] and how he prepares his team, I think they can win any cup they want to win. It's going to be difficult for other clubs to beat Sundowns. It will be interesting to see what happens this season."

MTN8 fixtures (kickoff on weekend of August 17, dates and venues to be confirmed)