It's scandalous how we have gendered consent in sex 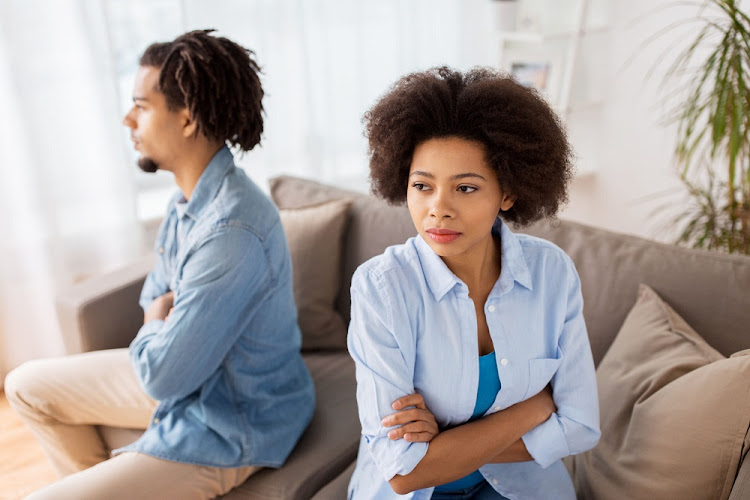 The writer says that it scandalous how society has gendered consent when it comes to sex.
Image: 123RF/ dolgachov

Familiarity is such a blessing sometimes. I am counting on it today that if you are a regular reader of this column that there are a few things that we have established by now. One of those would be in the way that we don't scandalise sex, if consensual.

So, missing and unaccounted for monies at Steinhoff is a scandal, but sex, sex is never one.

By definition, a scandal is an action or event regarded as morally or legally wrong and causing general public outrage.

Morals are debatable, I personally try to stay away from them and not involve myself too much in rules that were decided for me without me. Especially because where women are concerned, morals are dictated by a society that believes that women should be palatable to men in how they speak, hold themselves and who they allow in between their legs.

Until they are aligned and carry the same weight across genders, andizi.

But legal is a word I like to tread carefully around. And that is what brings me to Matlhodi and Tumi.

How to maintain side relationships in a time of corona

Firstly, be honest. Ironically, honesty is key in a side relationship.
Opinion
1 year ago

For those of you who are not on social media, it would seem that two Saturdays ago, a lady by the name of Matlhodi did what we call "going live" on Instagram.

Going live means that instead of posting a picture or a pre-recorded video, one sets up their application in such a way that their followers are getting a feed of what they are doing in real time.

In the feed, Matlhodi invited her followers into a heated debate between her and a man identified as Tumi had over whether or not they would use a condom for the sex they were negotiating.

What we see is, or rather hear for the most part, is a man who for some reason is desperate to have sex with this particular woman. She seems to have a power and hold over him that seems irrational to me as a spectator. Unbeknownst to the man, Matlhodi broadcasts this engagement, including filming herself in an act of self-pleasure.

I am not going to go into the conversation itself, the contents are neither here nor there.

What Matlhodi did to Tumi was a gross violation of his privacy.

One of my favourite things in the world, is watching little girls play.
Opinion
1 year ago

We have a warped sense, as a society, of what is appropriate when it comes to men being violated in this way. Had it been a woman we would all have quickly agreed that she had been humiliated and violated. A lot of us would have been calling for justice.

But the comments on that feed that agreed that Tumi had indeed been humiliated was on a basis that he was not man enough. Some insinuated that he ought to have toughened up and had sex with her without a condom to show that he was a man and could "hit it raw", while others tore up his manhood because he seemed weakened by this woman.

I must admit that at some point his whimpers weren't the sexiest thing I have ever heard from a man. But it still does not say anything about the strength nor the fragility of his masculinity in that moment.

He had his vulnerabilities broadcast to the world without his consent, thus making it illegal. When it comes to sex both genders need to make sure that they understand what consent is as well as how high or how broad it extends. While it might not be a physical rape, it is a violation of extreme proportions.

I have two wishes for Tumi, one that he gets divorced; his wife really does not deserve a man who not only cheats but lands himself in a story that causes her humiliation.

My second wish is for Tumi to spend every last cent legally teaching Matlhodi what consent is, sue her.