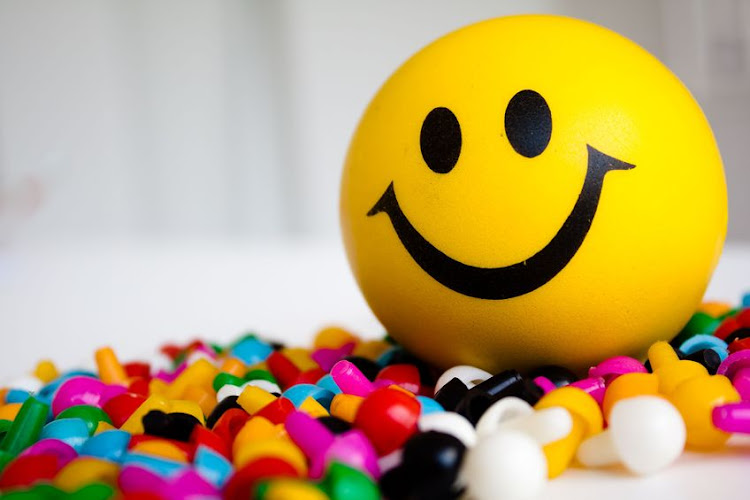 The writer says peope should keep their heads up and not focus on unhappy times.
Image: 123rf/ Chanitkasem Sanguanwit

Before last year, there were two distinguishing parts as far as my life is concerned.

The first part was the time when mama was alive, the second, the rest of it, is life after mama's death.

Post her death, my mother became my biggest obsession. It is an obsession that has almost cost me my sanity. I have nursed it lovingly and carefully for as long as I can remember.

My mother was born Evelyn Ramasela Ledwaba in 1960. I have often wondered that if anyone could go back in time, found the girl version of my mother and told her that one day her name would be read, spoken and known by the world, if mama would have not laughed in their face.

I imagine she would have asked my grandmothers to listen to the crazy utterances of the stranger and together they would have laughed at the absurdity of it all.

If anyone had found the girl version of my mother and told her that one day she would have a daughter who would sit down and write her name in places where thousands would see it and hear it, I think my mother would have given that person a nickname and then fixed them a plate of food as a way of dismissal.

Lockdown is taking its toll on long-suffering parents

Nothing like the world being on pause to get you thinking and unpacking some of your favourite memories. Like the time you started learning how to ...
Opinion
1 year ago

My mother did not grow up in a place that told her that hers was a name that would sit on people's minds and linger on their their lips.

Hers was not the kind of environment that nurtured dreams or watered gardens of hope for a better tomorrow.

In fact, by the time I was born, my mother's family had settled in the village of Doornspruit, now known as Newlands, on the outskirts of the greater Ga-Mashashane area.

I was born at a Catholic mission known as Romeng, the very next village from Newlands.

My mom left the hospital with brand new me for Newlands, to her grandmother. The earth in that yard knows my name, it knows my DNA. It is where the remains of my umbilical cord was buried. In North Sotho we call it bowela kalana.

This past weekend, my neighbour left me food because I wasn't feeling well. She left me a plate of pap with chicken feet and innards. When I ate that food everything inside me went back to the days I spent in Newlands, both when my mom was alive and when she wasn't.

Why has it taken governments and businesses so long to close borders, to down tools, to elevate the lives of people before the economy?
Opinion
1 year ago

I remembered the days I would fall asleep in a room that had doubled up as a kitchen earlier with the aromas of food still hanging thick in the air.

I remembered a time when I was adored and loved beyond my wildest comprehension.

I cannot begin to tell you how many times I choked up during that meal. Every single person who treasured me in that yard has since passed away.

Yet that did not stop me, during that meal, from remembering what it feels like to be loved and cherished.

For the duration of the meal, it did not matter that I have been forced to be isolated from my loved ones. It didn't matter that the world sits in a place of unrest, that we are facing the biggest catastrophe of our time. I was happy in that moment to override everything else.

I am sharing this with you today, that you too may be encouraged instead of drowning in this global gloom, to choose to bask in the glory of your happiest memories.