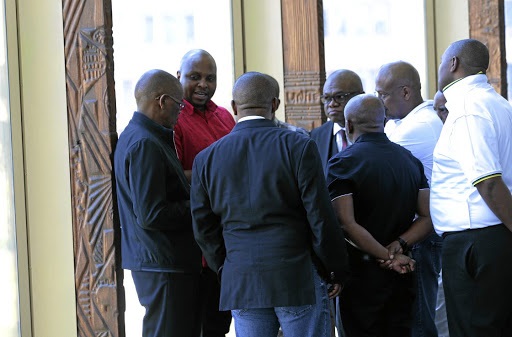 The back and forth that has continued between political parties, leaving residents in the lurch, is childish and shows their disrespect for voters, the writer says.
Image: Veli Nhlapo

As delay tactics continued at two of Gauteng's metropolitan municipalities yesterday, instead of electing new leadership, the biggest losers out of the whole saga were the residents, not politicians.

Stability in leadership is needed in Tshwane and Johannesburg for the cities to be fully functional and deliver essential services to communities - which is what parties were elected for.

However, it seems like we are far from seeing that happening, as the DA postponed a council meeting which was meant to elect a new mayor in Johannesburg yesterday. This left the city manager in charge in Johannesburg as there is no mayor or executive in place.

Speaker Vasco da Gama said he postponed the meeting because he wanted a legal opinion on what majority rule means for mayoral vote. It is interesting to note that the same rules were used to elect the previous mayor and the party only became concerned about them after it fell out with the EFF.

On the other hand, the postponement angered the ANC which threatened to take the matter to court, saying Da Gama should have consulted council meeting as it had quorum.

The EFF has given both the DA and ANC a headache by insisting that in order for one of them to get the mayorship of Johannesburg, they would have to ...
News
2 years ago

Ironically, the same ANC only revealed its mayoral candidate yesterday morning which showed it had no confidence in its leaders in the city, even though it claimed it was confident of victory.

The EFF, meanwhile, has put forward a candidate to run the city it has no electoral mandate of ruling, as it secured third place after the 2016 local government elections.

The chaos in Tshwane continued as we have seen DA mayor Stevens Mokgalapa being placed on special leave and that being reversed in a matter of hours.

That led to several motions of no confidence being tabled against the executive mayor.

We expected horse trading to happen between politicians because that is the nature of politics, however, we had hope that would be carried out in a mature manner and fast to restore stability in the cities.

The back and forth that has continued between political parties, leaving residents in the lurch, is childish and shows their disrespect for voters.

We urge the main political parties to go back to negotiations, find a speedy resolution to the issues and elect mayors for the good of everyone.

Tshwane - A tale of one city and two mayors

Who is the mayor of Tshwane? This is the big question which was asked in the Tshwane council meeting on Thursday after the chief whip of council, ...
News
2 years ago

Abel Tau has been appointed as the acting executive mayor for the City of Tshwane, the DA announced on Thursday.
News
2 years ago

The council meeting in Tshwane has just taken a break to allow parties to caucus on the issue of mayor Stevens Mokgalapa's special leave.
News
2 years ago
Next Article