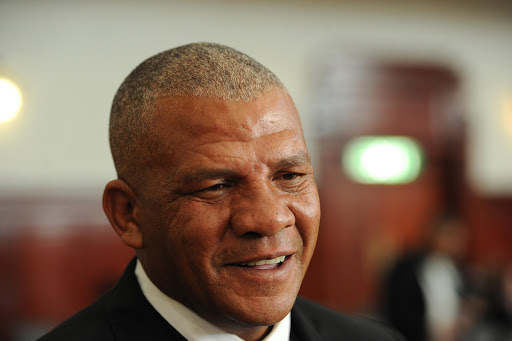 The ANC says it will go to court over the postponement of a Johannesburg council meeting on Thursday that was meant to elect a new mayor.

The city currently has no mayor or executive and city manager Ndivhoniswani Lukhwareni is now in charge.

After the postponement of the meeting by council speaker Vasco da Gama, ANC regional secretary Dada Morero confirmed the party would go to court, a move opposed by the DA and the EFF.

Postponing the meeting, Da Gama said he wanted to get a legal opinion on what the majority vote meant for the mayoral vote.

But the ANC insisted that Da Gama should have consulted and made a decision on Thursday because the council meeting had a quorum.

“We will raise the matter with the court ... So that the court can give a declaratory order in terms of the argument on the majority,” said Morero.

He said Da Gama's decision was illegal and the DA was running away because they knew that the ANC and its partners were going to win the day.

But EFF deputy president Floyd Shivambu criticised the ANC move, saying they would be wasting their money and would embarrass themselves in court.

“The last thing you want to have is for an election to take place and then somebody who doesn't win will suddenly go to court,” said Moriarty.

He said the postponement was just for a couple of days to get clarity on ambiguity in the council rules on what the majority meant.

He said there would be no collapse of the city's services because of the postponement.

The ANC attended the meeting with high hopes of taking over the city after negotiations with the IFP.

The party's regional chairperson, Geoff Makhubo, was going to contest as a candidate against the DA's Funzi Ngobeni and EFF's Musa Novela.

The DA was likely to lose the contest after it fell out of favour with the EFF, which has kept it in power since 2016.