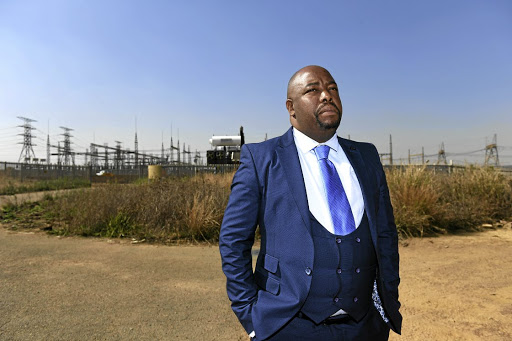 Tshwane mayor Stevens Mokgalapa and the member of mayoral committee Sheila Senkubuge will be placed on special leave tomorrow.

SowetanLIVE has it on good authority that Mokgalapa will step aside from his role tomorrow to allow for the party to investigate the leaked ‘sex’ audio clip between him and Senkubuge.

A memorandum by provincial chairperson Mike Moriaty sent to DA structures today that SowetanLIVE has seen said that Mokgalapa would step aside. “Mayor Mokgalapa will be placed on special leave while these investigations are underway,” read Moriaty’s memorandum.

“While these processes unfold, we urge our representatives to reserve judgment until the findings of the investigations have been released.” Insiders have also said that DA’s Tshwane regional chairperson Abel Tau would be installed as an interim mayor.

The damning 30-minute audio also purports that the pair had gotten intimate and engaged in sexual acts in the meeting.

The DA on Sunday instituted an investigation into Mokgalapa and Senkubuge following the leaked audio clip which the pair can be heard casually discussing plans to fire officials, referring to the speaker as a "witch" and taking a BMW X5 belonging to an official for own use.

The DA is investigating Tshwane mayor Stevens Mokgalapa and his member of mayoral committee for roads and transport Sheila Senkubuge after an audio ...
News
2 years ago

Tshwane mayor Stevens Mokgalapa "must fall on his sword and resign" over a leaked audio recording, the ANC demanded on Monday.
News
2 years ago
Next Article