'I don’t want the end to define my daughter': Uyinene Mrwetyana's mom as foundation is launched 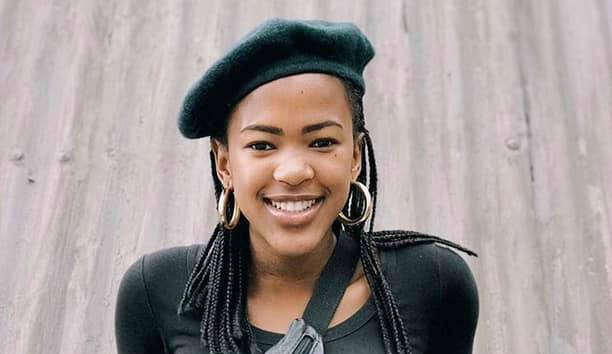 A foundation is being launched in honour of Uyinene Mrwetyana, who was raped and murdered by a post office worker in August.
Image: Facebook/Zuki Lamani

The Uyinene Mrwetyana Foundation is being launched in Makhanda in the Eastern Cape.

The 19-year-old University of Cape Town student was raped and bludgeoned to death on 8 August 2019 at the Clarenreich Post Office, where she had gone to collect a parcel.  Post office worker, Luyanda Botha confessed to the crimes.

Speaking to the SABC on Thursday, Mrwetyana’s mother, Nomangwane, said the foundation was befitting to honour her daughter.

“I am still mourning and grieving but at the same time, [I want] to honour her by ensuring the fight against gender-based violence is taken forward and  can never be postponed. It is coming from a place of taking her fight forward,” she said.

“The foundation will keep her legacy alive, it will celebrate her life. As a mom, I don’t want the end to define my daughter. She was bigger than that,” she said.

The family and friends of slain student Precious Ramabulana have described her as a God-fearing, always-smiling and ambitious woman, who excelled in ...
News
2 years ago

The grieving mom sent her condolences to the family of 19-year-old Limpopo student Precious Ramabulana, who was murdered last weekend.  Ramabulana, who was studying at Capricorn TVET College's Ramokgopa Campus, was found stabbed to death in her off-campus room.

TimesLIVE reported that Ramabulana was asleep in her rented room at ga-Joel Section in Mokomene when the suspect gained entry through the window and attacked her.

"I can imagine what they are going through," said Nomangwane

On prevention, Nomangwane said it was all about returning to the root of the problem.

“As a mother, I have to ask myself: Where have we gone wrong because the boy child is also in a family unit? We need to go back to families to instill values,” she said.

Regarding support, she said victims needed to be reminded that there is still hope of life after surviving such an incident.

The launch of the foundation is in conjunction with Rhodes University.

Former deputy president Phumzile Mlambo-Nquka, who holds the position of executive director of UN Women, was expected to deliver the keynote address.

A video of Duchess Meghan Markle, who during her South African tour visited the site of Mrwetyana’s murder, was expected to be played during the launch.